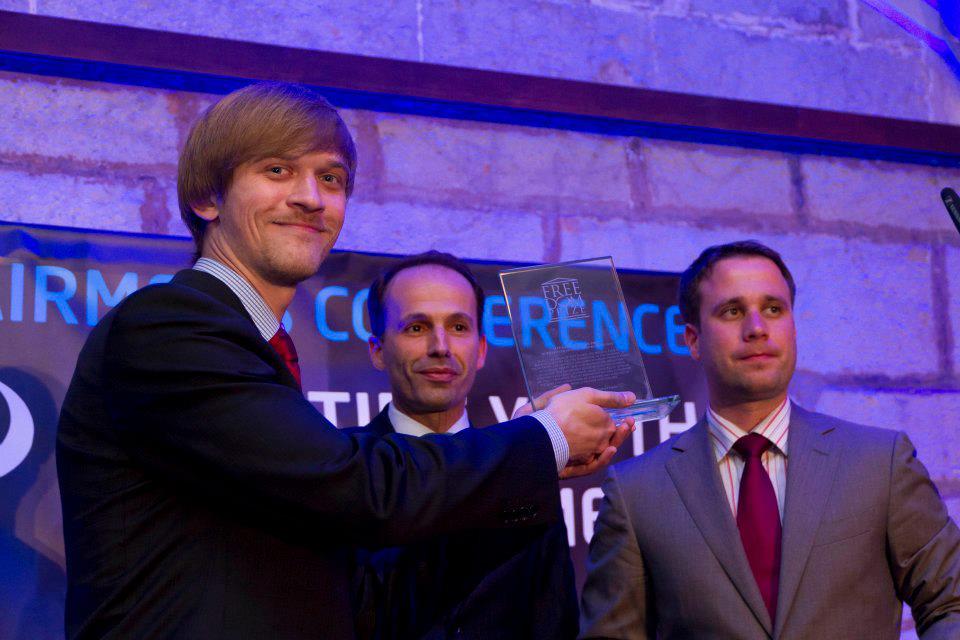 The Freedom Prize of the Youth of the European People’s Party (YEPP Freedom Prize) is awarded to persons or organizations for the promotion of human rights in Europe and beyond. It aims to raise awareness to young people that proved extraordinary commitment to fight for freedom and democracy in their country.

In 2012, the board of YEPP awards the Freedom Prize to Belarusian activist Dzmitry Dashkevich. As the chairman of Young Front, the politician organized numerous peaceful street actions and proved to be a key player of the opposition movement.  The Lukashenko regime replied with shameful repressions and prison sentences. Some Young Front activists are still in detention. Dzmitry Dashkevich has been imprisoned for more than a year, where he is periodically subjected to moral and physical pressure and tortures.

YEPP watched with admiration Dzmitry’s stand for freedom in Belarus and our hearts go out to him and his countrymen in this time of trouble. The EPP Youth finds it crucial to increase awareness of the oppressive situation in Belarus. Indeed, the last 18 years of Lukashenko’s regime dictatorship led to a sharp deterioration in human rights in the political sphere and in the society overall.

The Prize was handed out during the YEPP Chairmen’s conference from 10-13 May in Lisbon to a representative of Dzmitry, also an activist of Young Front. YEPP President Csaba Dömötör praised the merits of Belarusian youth opposition by saying that they can be an example for all of us. He also added that the Lukashenko regime is right to be afraid of the power of the youth opposition.

The promotion of democratic transition in Belarus is a permanent political aim of YEPP. During 2011 and 2012 YEPP initiated postcard drives and took part in international protests. YEPP hopes that the Freedom Prize will raise awareness of the situation in Belarus throughout Europe. International publicity and political pressure are integral and unalienable parts of the future democratic reforms in Belarus. YEPP stands by the young activists in their fight.

The Board of YEPP