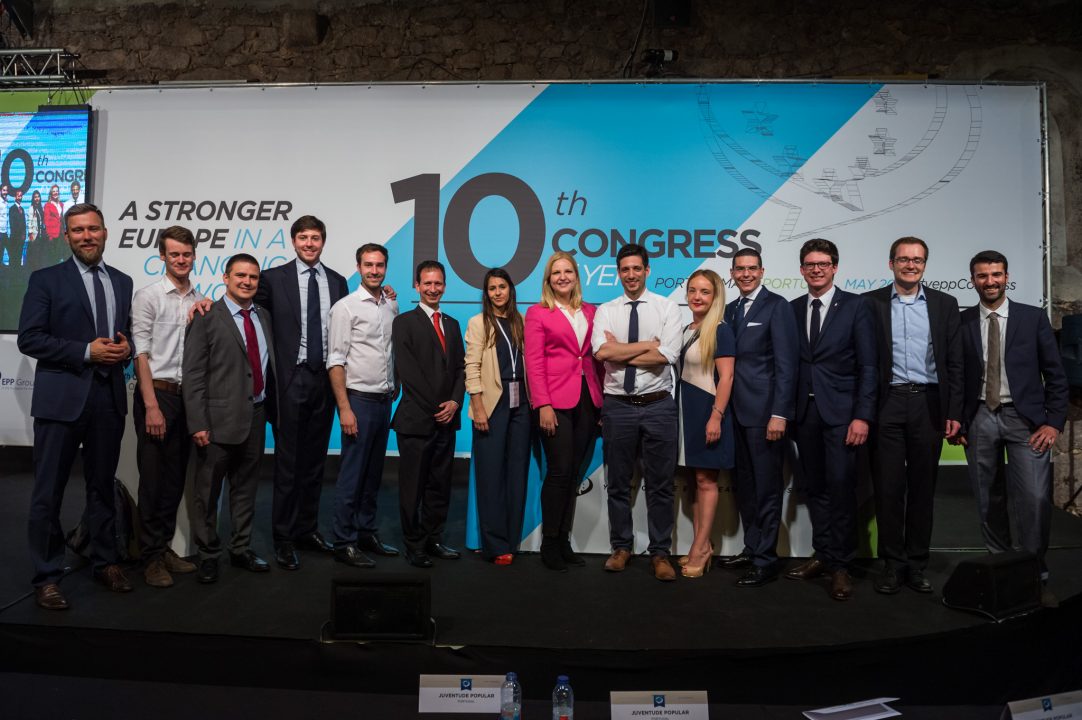 We announce the election of our new board, voted by over 250 delegates at our bi-annual congress held in Porto and Maia on the 16th May. Konstantinos Kyranakis of ONNED,Greece, is the first president to be re-elected for the second time in the history of the organisation.

A challenging mandate lies ahead, as the new board is committed to continue being the voice of the millions of young Europeans who are aligned with our values of a small government, a competitive and open market, a respect of the rule of law and a stronger EU in the global environment.

“The re-birth of the European centre-right needs someone to raise a new rhetoric and inspire the young and the talented. YEPP can be that someone” mentioned Kyranakis, at the end of the congress.

The new board is as follows:

Gerard Vidal PALLARES of UJ, Spain was appointed as an associate board member by YEPP.

About YEPP
The Youth European People’s Party is the largest political youth organisation in Europe. It brings together over 1,6 million young people from 57 centre-right youth political organisations from 39 European countries. YEPP was founded in 1997. Website: http://youthepp.eu