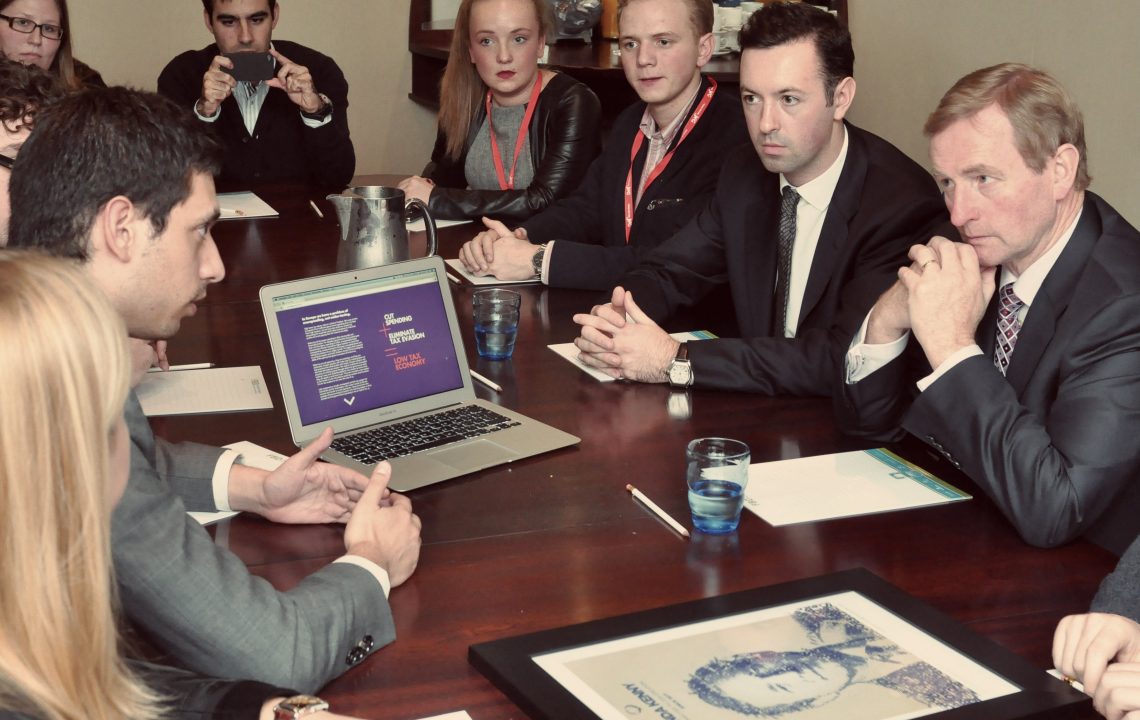 On November 23rd, the Youth of the European People’s Party (YEPP) attended Young Fine Gael (YFG) National Conference in Waterford, Ireland.
A delegation of 18 YEPP members, led by YEPP President, Konstantinos Kyranakis and YEPP Secretary General, Colm Lauder met with An Taoiseach Enda Kenny. Konstantinos Kyranakis presented to An Taoiseach the YEPP Low tax Hero campaign. An Taoiseach promised to take into consideration the proposals of YEPP for lower taxation while both sides underlined the importance for lower taxation for the middle class, small business and job creation.
The delegation congratulated Enda Kenny on the efforts made by him in relation to Ireland’s exit from the EU/IMF bailout. Enda Kenny outlined what measures he and his government have made to make this possible, and explained their reasoning for exiting the bailout without a precautionary credit line.
Discussions also took place during the meeting about the upcoming European elections and the role of young people in those elections. YEPP delegates stressed to An Taoiseach the importance of young candidates in the lists of the parties across Europe and spoke about a youth-led, people-based campaign. Konstantinos Kyranakis complimented the work of Young Fine Gael and called for stronger ties between youth organisations and decision-making.
YEPP finally presented An Taoiseach with a gift which marked his commitment to Job Creation. It outlined his first parliamentary question which was spoken in Dáil Eireann (the lower house of parliament) in 1977. This was on youth unemployment.