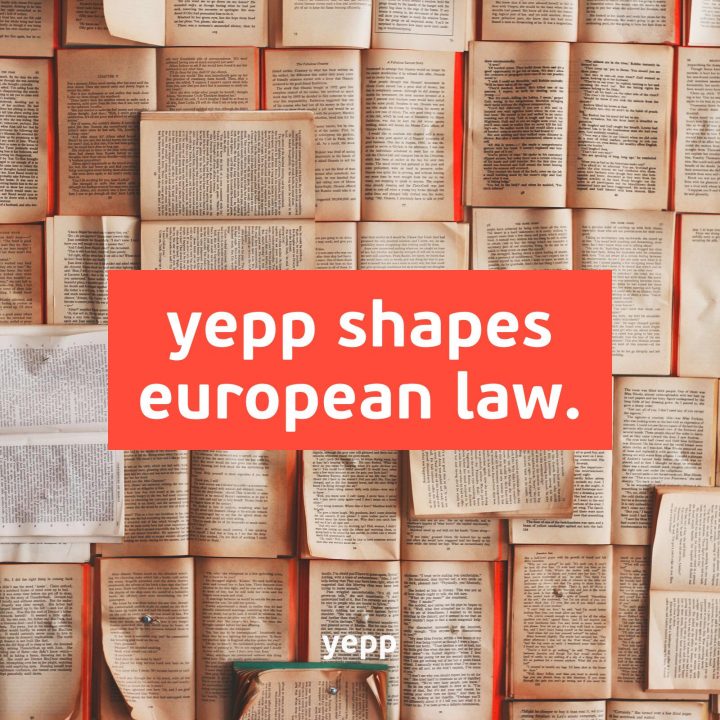 The Youth of the European People’s Party (YEPP) is making a difference and shaping the European law. During this week’s plenary session in Strasbourg, the European Parliament voted in favour of 2 YEPP proposals addressing the issue of VAT gap in the EU. Both proposals have been adopted and will be transformed into European law.

The amendments were brought forward by President of YEPP and MEP Lidia Pereira, in her capacity as European Parliament rapporteur on the proposals for a “Council directive amending Directive 2006/112/EC as regards introducing certain requirements for payment service providers” and for “a Council regulation amending Regulation (EU) No 904/2010 as regards measures to strengthen administrative cooperation in order to combat VAT fraud” who successfully negotiated the adaptation in the text with the EU Council.

The issue of VAT fraud is important within the European Union as EU VAT gap is currently €137,5 billion, almost €267 of lost revenue per person in the EU. In the YEPP Council Meeting which took place in September this year, the Resolution titled ‘Closing the VAT Gap’, highlights various issues surrounding the VAT Gap, acknowledging the increase in the gap in some countries as well as the issue of fraud.  These YEPP proposals aim at countering the high level of fraud in relation to VAT within the European Union and aim to bring forward devices to aid in strengthening communication between tax authorities of various member states and their co-operation with payment service providers.

Speaking ahead of the vote, Ms. Pereira said: “VAT fraud is a major concern for our national tax administrations and the lack of communication between them contributes to the dimension of the VAT loss on online cross-border transactions and for the VAT gap. We are talking about billions of euros of lost revenue. As fraud becomes more sophisticated, we must also respond with more sophisticated legislation.”

The two YEPP proposals that have been adopted at the Valencia Council Meeting and are included in the Directive are the following:

(2a) According to the 2019 Final Report in the context of the ‘Study and Reports on the VAT Gap in the EU-28 Member States’ prepared for the Commission, the VAT gap, that is to say, the difference between the expected VAT revenue and the amount actually collected, in the Union amounted to EUR 137,5 billion in 2017, representing a loss of 11,2 % of the total expected VAT revenue and EUR 267 of lost revenue per person in the Union. There are, however, big differences between Member States, with VAT gaps ranging from 0,6% up to 35,5%. That highlights the need for more transnational cooperation in order to better combat VAT e-commerce fraud in particular, as well as VAT fraud more generally (including carousel fraud).

(2c) The strategy for fighting against VAT fraud should evolve in parallel with the increasing modernisation and digitalisation of the economy while rendering the VAT system as simple as possible for businesses and citizens. It is therefore particularly important that Member States continue to invest in technology-led tax collection, notably by automatically linking corporate cash registers and sales systems to VAT returns.