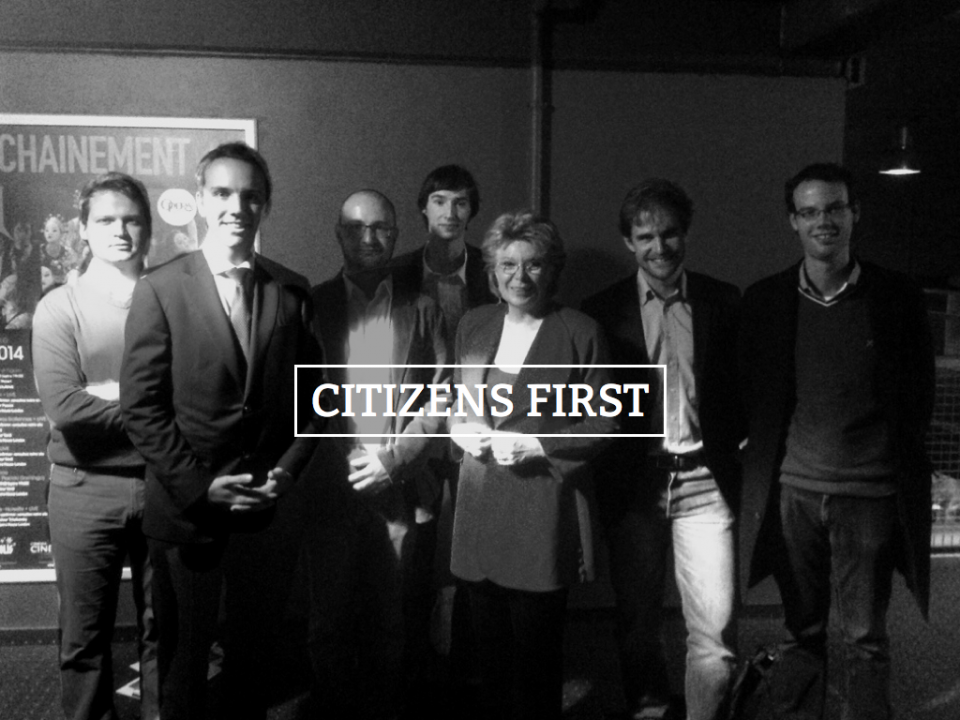 On the margins of the EU Citizens Dialogue organised in Namur on 13 September, delegates of our Belgian member organisations JONGCD&V and Jeunes cdH met with Commissioner Viviane Reding. Views were among others exchanged between the Commissioner and the delegates on the upcoming elections in Luxembourg next month. Commissioner Reding showed herself confident and praised the work done in the past years by Prime Minister Juncker. During the meeting, a state of play was asked on the European Public Prosecutor’s Office (EPPO) that the Commissioner is working on.
She emphasized that the office would consist of a system involving several national prosecutors instead of creating an extra European layer. Finally, the messages to bring to European youth in view of the upcoming European elections were discussed also. The Commissioner praised her predecessors for having started the process to come to the Lisbon Treaty. She concluded by inviting us to be the same visionaries, to the benefit of the generation that would come after us.