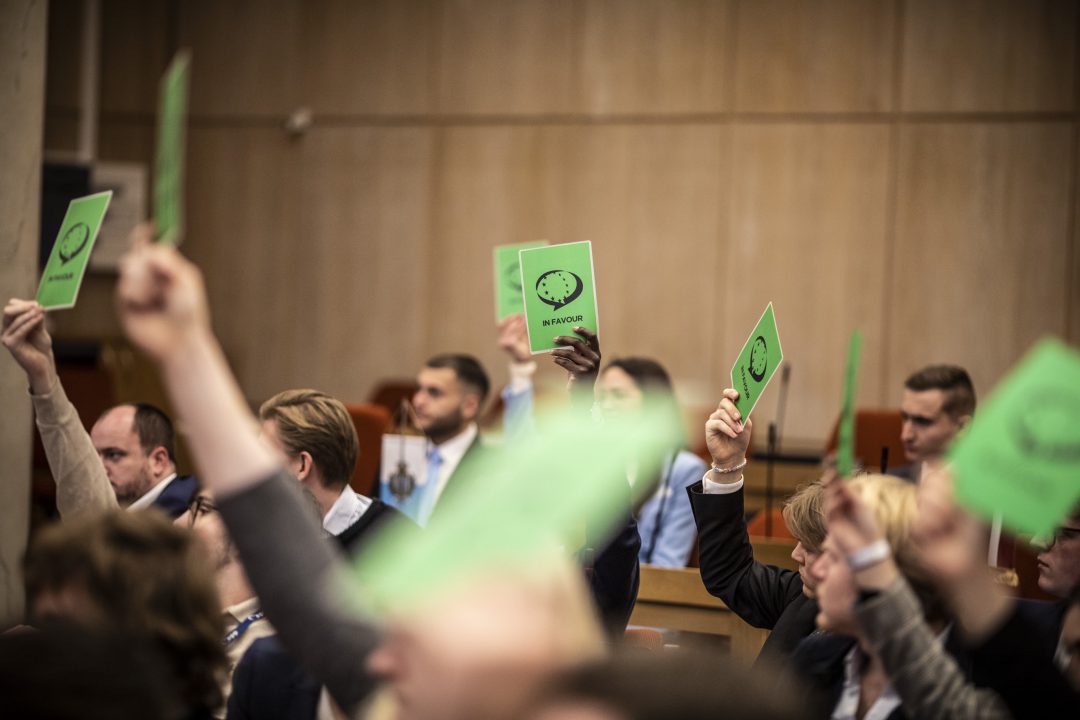 Stockholm, Sweden –  Where do you see the industry in 2055? From a regulatory standpoint – how can the EU promote a green transition without endangering the industries and jobs?  These were only a few questions our delegates raised and discussed over the weekend in Stockholm, Sweden. From the 7th to 10th of April, 80 centre-right youth from over 30 countries across Europe gathered and participated at the YEPP Conference titled “European Industry Beyond Climate Change”. Here our delegates were given the opportunity to engage with Swedish Politicians including Ebba Busch (Party Leader, Christian Democrats), Ulf Kristersson (Party Leader, Moderate Party) as well as Frederik Reinfeldt (Former Swedish Prime Minister & Founder of YEPP).

We were also chanced to have a Q&A session with the Ukrainian Ambassador to Sweden, his Excellency Ambassador Andrij Plachotnjuk, where he stated the importance of showing multidimensional solidarity and highlighted that; “The army of the Russian Federation is destroying everything including infrastructure and agriculture to kill the economic potential of Ukraine”.

Speaking at the event, YEPP President Lidia Pereira reiterated the importance of discussing the industry from a perspective that does not only place climate change at the heart of it. Furthermore, she acknowledged the long journey made by two delegates from one of our Ukrainian member organisations, Solidarna Molod; “The war in Ukraine obliges us to recognise that the EU has been the guarantor of peace in Europe since the end of the second world war. It is now that we, as a people with shared values, must  ensure that together we continue  to build a brighter common future for all of Europe.”

At the Conference, our delegates adopted 6 resolutions and 1 White Paper, which covered the war in Ukraine, Transatlantic relations, Energy Union and Independence, Taxation and Asylum management. These can be accessed here.

The event was organised together with the Wilfried Martens Centre for European Studies and the Konrad Adenauer Stiftung and hosted by MUF and KDU.