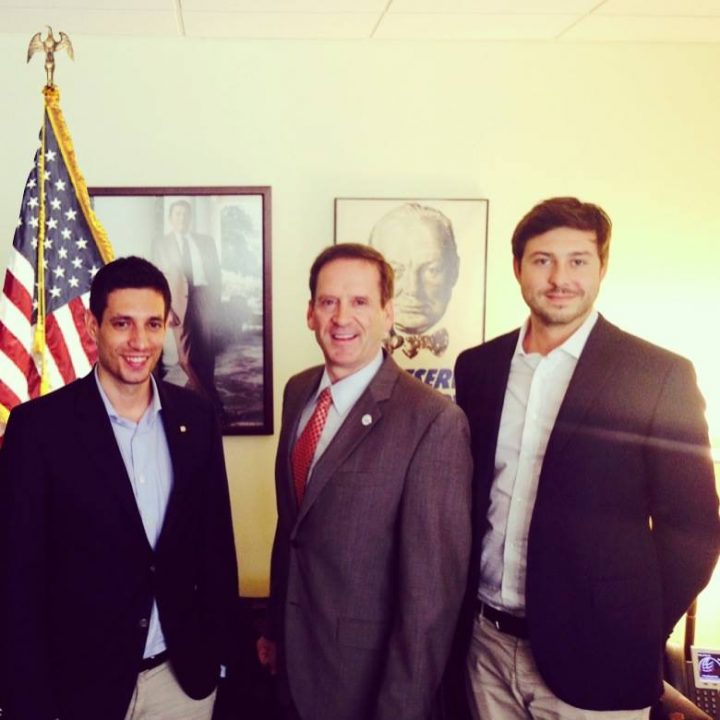 Fifty young European and American centre-right leaders are meeting in Washington on November 14th for the Transatlantic Youth Summit. Following the mid-term elections and the new Republican majority in the Senate, the Youth of the European People’s Party (YEPP), Europe’s largest political youth organization, puts its focus into building a transatlantic centre-right coalition to deal with global security issues, the TTIP and the role of NATO in the Russia-Ukraine conflict.

YEPP will also hold meetings with Grover Norquist, to join forces with Americans for Tax Reform and help the low-tax movement go global, as well as with the Heritage Foundation in order to strengthen the campaign against higher public spending. The Summit is co-hosted by the International Republican Institute and its president, former Wisconsin Congressman, Ambassador Mark Green. IRI and YEPP are working together in Europe to train young leaders in struggling democracies.

“ISIS threats, Ukraine, TTIP negotiations and the financial crisis have proved that the US and the EU are not working well together. Obama not caring enough to visit Brussels for 6 years did not help. The reason we are doing this summit is because we want the next generation of centre-right elected leaders in the United States and Europe to know what it takes to build a real transatlantic alliance.

Combined, the EU and the US total 50% of the world’s GDP being the two largest economies on the planet. If we want it to remain so, we need to understand each other, talk to each other and work with each other much better than our leaders do today.”

About YEPP
The Youth European People’s Party is the largest political youth organisation in Europe. It brings together over 1,6 million young people from 57 centre-right youth political organisations from 39 European countries. YEPP was founded in 1997. Website: http://youthepp.eu