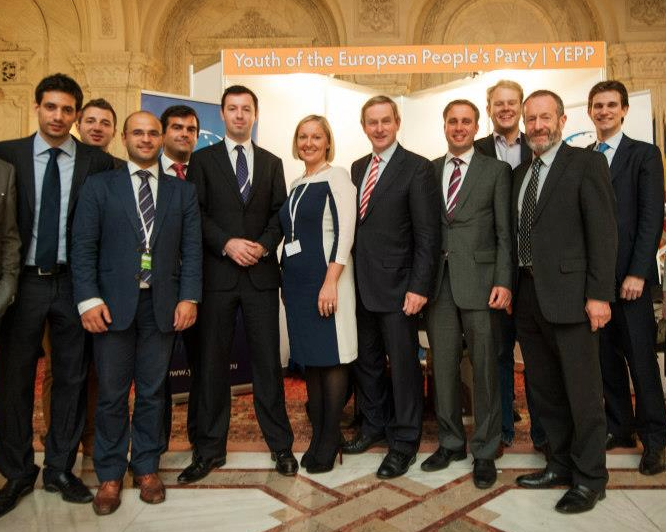 At last week’s EPP Congress in Bucharest, Romania, YEPP was proud to present our first ever candidate to the EPP Presidency. Along with the Irish Christian Democrat party, Fine Gael, we jointly nominated Irish Minister for European Affairs, Lucinda Creighton to contest the position of Vice-President of the EPP. Lucinda served as Deputy Secretary General of YEPP between 2002 and 2004 and is one of YEPP’s most respected alumni.
YEPP undertook a vigorous campaign in support of Lucinda’s candidacy. We contacted all EPP MEP’s and Member Organisations to ask for their support. During Congress, we met with dozens of International Secretaries and Delegations and asked them to support our candidate. In the end, the hard work paid off, Lucinda topped the poll, beating three commissioners as the first Vice President elected.
The YEPP Board is extremely proud of Lucinda’s election success and we very much look forward to working with her to prioritise youth issues and to ensure the youth voice within the EPP Presidency is stronger than ever.