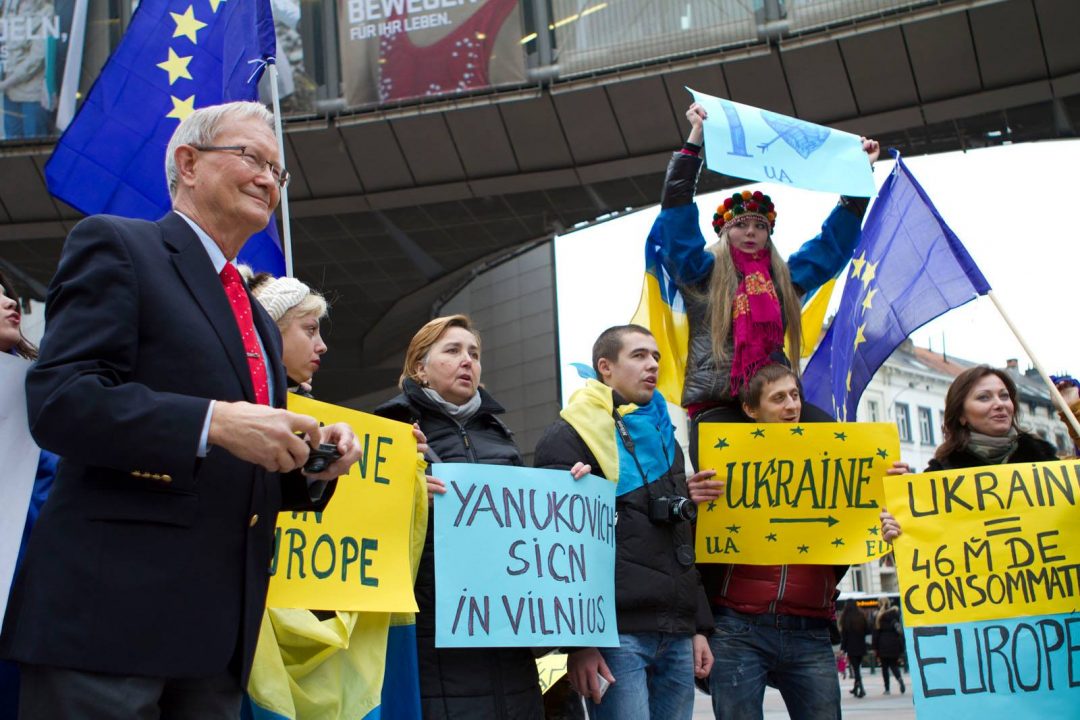 The Youth of the European People’s Party (YEPP) raises its voice against the decision of the Ukrainian government to suspend negotiations for signing an Association Agreement, and the Deep and Comprehensive Free Trade Agreement (DCFTA), with the European Union and its member states. This comes after the government rejected six law proposals by the Verkhovna Rada last Thursday, which would substantially improve the juridical system in the country.
We strongly criticise the efforts of the Yanukovych government to suppress the demonstrations of the people, who took to the streets peacefully and with determination, to defend their right for European integration. We stand with our member organisations in the country, Batkivshchyna Moloda, Democratic Alliance, Young Rukh, and all pro-European democratic forces and youth organisations that are fully engaged in the demonstrations that are taking place. Ukrainians have worked hard in support of past governments that introduced massive reforms aimed at fulfilling the criteria for EU accession. The decision of the government brings the country to stagnation, both economically and politically, and comes as a great disappointment to the people. The negotiations aimed at improving civil liberties and solidifying democracy in the country by modernising the state and improving its economy.
YEPP has shown continuous support to the european youth of Ukraine, most recently with a mission to the country. We stand with the Ukrainians who aspire for European integration and encourage the political opposition and civil society actors to continue their struggle, in lieu of the Third Eastern Partnership Summit in Vilnius. YEPP calls on EU leaders to stand strong and show support to Ukrainians by ensuring the success of the Vilnius Summit.

At the same time, we encourage all our members in EU Member States to raise their voice for a European future of Ukraine. Already some of our members, such as Stowarzyszenie “Młodzi Demokraci” in Poland and CDJA in The Netherlands, are organising campaigns for this cause calling for an Association Agreement of the EU and Ukraine.
The future of Ukraine is a European future. The decision is a great setback to this course, but we remain determined to do everything in our power to ensure that the vision remains alive for the people of Ukraine, and work with them to make it a reality.