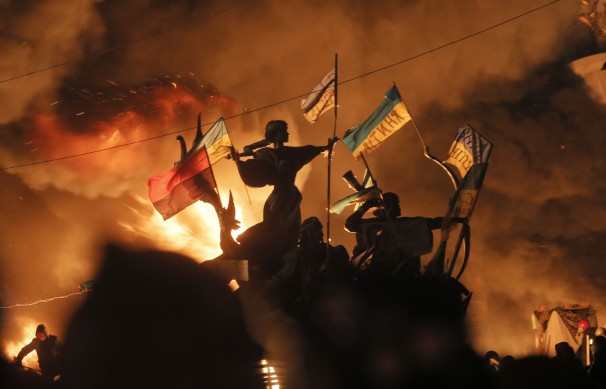 We condemn the violence in Ukraine in the strongest possible terms. On Tuesday night (18th February), 26 people died and hundreds of people, journalists and medical assistants were injured. We express our condolences to the victims and their families. The continued use of violence by the Ukrainian authorities does not contribute in any way to finding sustainable solutions for this crisis
Despite the repealing of the draconian laws by the Verkhovna Rada which were adopted on 16th January 2014, several laws are still in force infringing the most basic of human rights. YEPP calls on the Verkhovna Rada to immediately implement a full amnesty law for protesters which meets EU standards, as well as further reforms to protect Ukrainian civil society.
President Yanukovych and his regime have repeatedly shown, since the protests started, to lack the willingness to find solutions through dialogue or negotiations. He has used violence, force and repression. YEPP urges the EU Council of Ministers to implement serious sanctions against Ukrainian politicians and high ranking officials, and those who have contributed to the trampling of human rights, the diminishing of democratic freedoms and the on-going violence against peaceful demonstrators.
YEPP requires that these sanctions consist of, at the very least, freezing of all financial assets, the tightening of opportunities to travel in the EU and an investigation into money laundering in the EU and its member states. With the involvement of Baroness Ashton, High Representative of the EU for Foreign Affairs, along with delegations from the European Parliament at Maidan in Kyiv, this has created expectations which the EU are now obliged to meet.
Furthermore, the EU should offer an official mediation team with special envoys who should contribute to sustainable solutions for Ukraine’s future, beginning with early elections, reforms to the constitution and financial reforms. The EU should also take the lead in encouraging Ukraine to continue negotiations for the Association Agreement and DCFTA.
We express our strong support to our political sister organisations Batkivshchyna Moloda, Democratic Alliance, Young Rukh and UDAR Youth, civil society organisations and all Ukrainians who want to contribute to a positive development of the country, its dignity, prosperity and welfare.