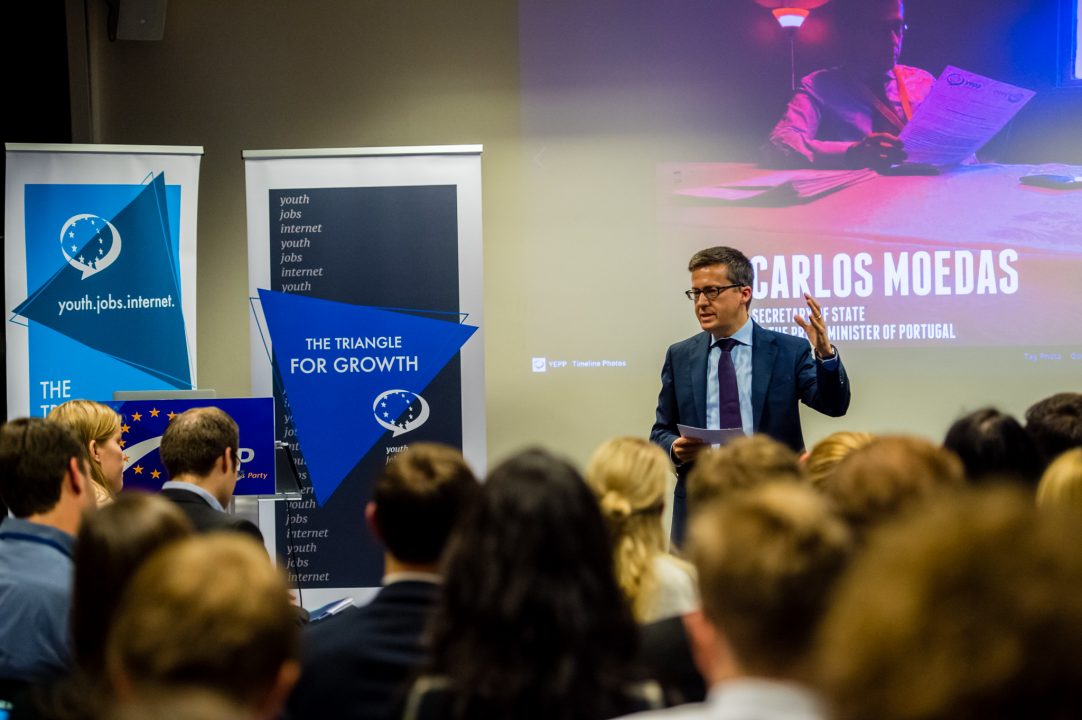 “You should be brave and take the responsibility to change things for the better. Do not be afraid to risk”, said Carlos Moedas, Commissioner for Research, Science and Innovation at our first Council Meeting for this season, held in Brussels from the 24th to the 27th of September 2015.

Commissioner Moedas joined our debate on “Youth. Jobs. Internet.”, our white paper for a holistic approach to the digital revolution that is changing the world’s economic models. The proposals were unanimously adopted at the event by more than 90 delegates from across Europe. It calls for a digital education environment, aligning skills training to the changing environment and an overhaul to regulation to help the European private sector tap into the digital potential.

YEPP brought together tech policy experts, led by Marco Pancini of Google, Chris Sherwood of Allegro and Ilias Chantzos of Symantec, to offer a critical view from an industry perspective.

We were also joined by EPP Secretary General Antonio López-Istúriz MEP, EPP Spokesman Siegfried Mureșan MEP and Telmo Baltazar, Political Adviser to president Juncker, who gave us an insight into the work of the European institutions on the Digital Agenda.

Our council included an Emergency Working Group on the refugee crisis, opened by MEP Antonio Tajani, European Parliament and EPP Vice-President. An emergency resolution put forward calls on stepping up the fight against fast-growing migrant smuggling networks and implementing the European Commissions plans for handling with the refugees.

The Council Meeting was co-hosted by JONGCD&V, Belgium and was made possible thanks to the support of Google, Allegro, the EPP Group in the European Parliament and Maria Spyraki MEP.