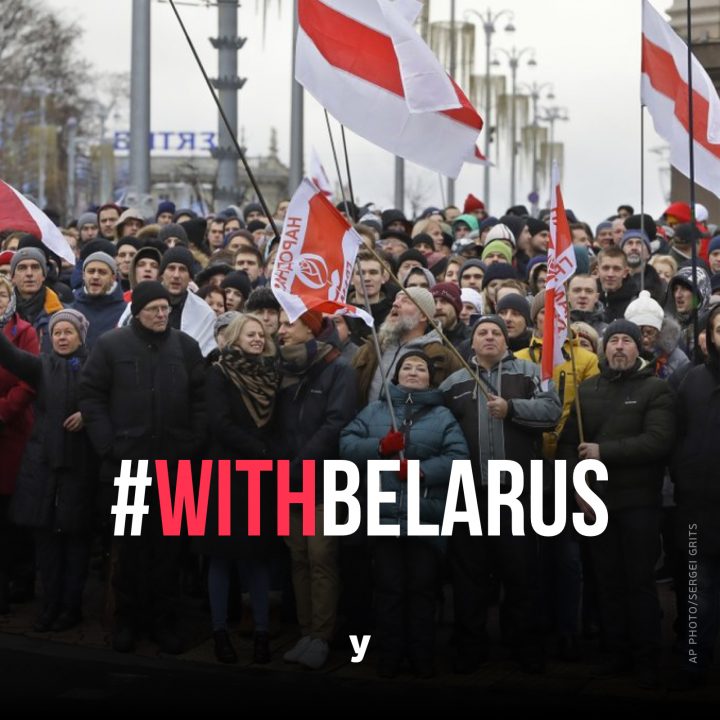 In August of this year, following the Belarusian Presidential election, the Youth of the European People’s Party (YEPP) launched a campaign called #WithBelarus to show our support for the people of Belarus and send them a clear message of European solidarity. This campaign has drawn support from our member organisations and young parliamentarians from across Europe.

As you are aware, the situation in Belarus has continued to escalate and protestors continue to risk their own safety by taking to the streets to make their voices heard. Each day protestors are being arrested and tortured for opposing the Lukashenko regime and this fight will not end until their demand for democratic change is met.

In light of this, we see it as imperative to invite the leader of the Belarusian opposition, Svetlana Tsikhanouskaya, to address the upcoming meeting of the European Council. As Belarusian issues are European issues, it is crucial that the true voice of the Belarusian people is heard at the highest level of European politics. Inviting Ms. Tsikhanouskaya to address the meeting would be a clear statement showing that the European Union stands with the people of Belarus in their fight for a future that is democratic and free.