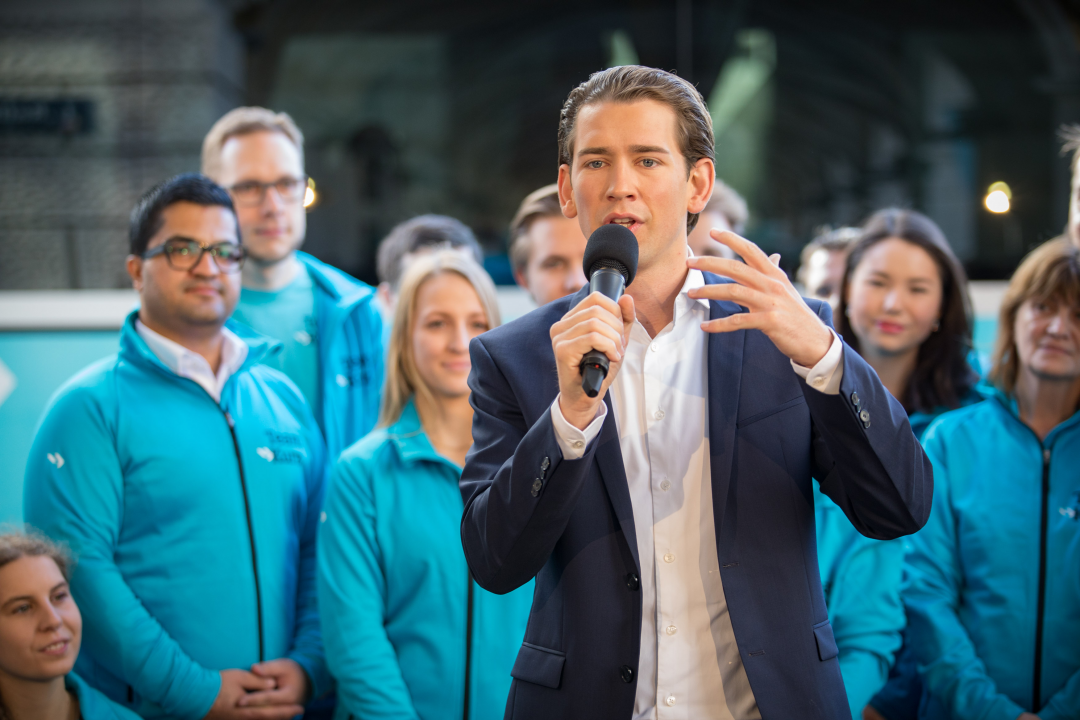 A victory for Sebastian Kurz is an opportunity for change in Austria and Europe. YEPP President Andrianos Giannou: “Sebastian Kurz can make a difference”.

19th of October 2013: Sebastian Kurz, two months ahead of his appointment as Foreign Minister of Austria, joins our Council of Presidents in Bucharest, as leader of Junge ÖVP, together with Stefan Schnöll, the organisation’s international secretary. Fast forward four years to the 15th of October 2017: Sebastian, now chairman of the ÖVP, is leading his party into a decisive election for the future of Austria, together with Stefan, now leading the Junge ÖVP, who is seeking to represent the State of Salzburg in the Parliament. A new generation. A new People’s Party.
Andrianos Giannou, President of the Youth of the European People’s Party, fully supports ‘Die neue Volkspartei’ and the over 175 candidates of the Junge ÖVP: “In his short mandate of chairmanship of the Volkspartei, Sebastian Kurz has shown that he is capable of pushing for structural reforms. Now the people of Austria have the opportunity to vote for real change and give him a strong mandate to overhaul their country. Beyond that, I strongly believe that an Austrian government under the leadership of Sebastian Kurz can make a big difference for our centre-right family in Europe. He has the courage to fight for his ideas and he is highly appreciated for that.”
President Andrianos Giannou will be for the election night in Vienna himself to express his full support in the name of YEPP: “We have supported our friends in Austria all along during the campaign and want to be part of the moment, when someone from our rank and our generation has a chance at leading the country. I wish Sebastian Kurz, Stefan Schnöll and all the other candidates all the best for the elections”.
We are #teamkurz. We are all very proud.