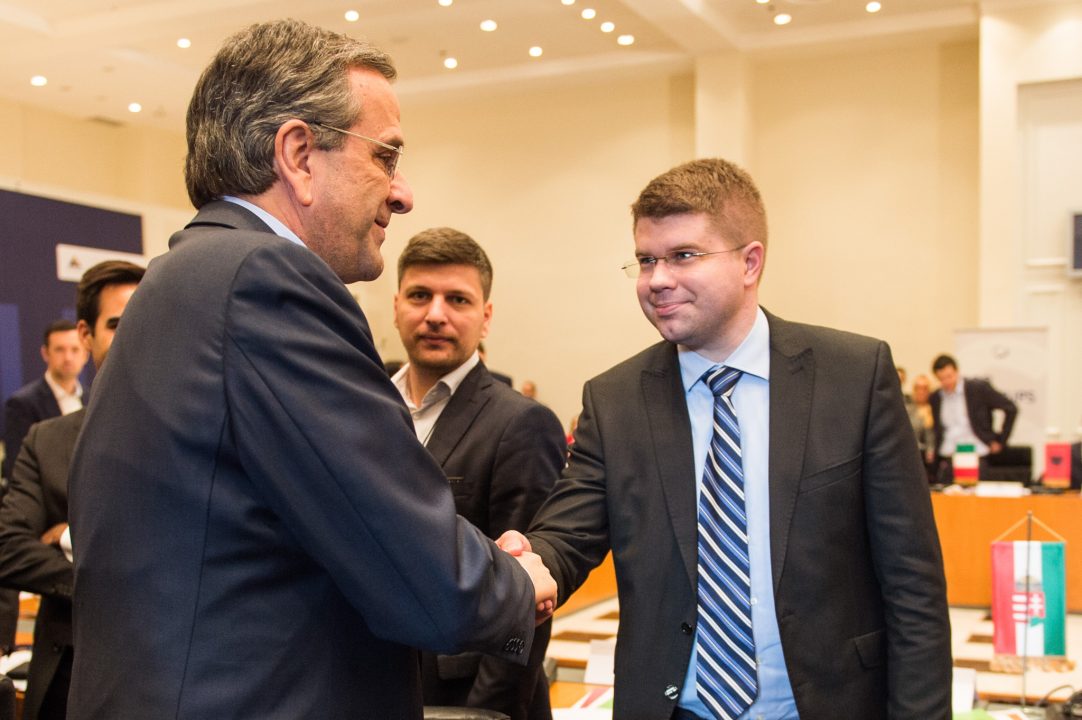 Antonis Samaras, Prime Minister of Greece and leader of Nea Demokratia, held the keynote speech at the Council of Presidents of the Youth of the European People’s Party (YEPP). YEPP organised the Council in Athens, after an invitation from its Greek members ONNED and its president Sakis Ioannidis, bringing together 120 young leaders, including the presidents of the 60 European member organisations of YEPP, and members of national and the European parliaments.

“It has been a long 6 years of recession, but we are setting our house in order and returning to growth day by day” stated the PM, who emphasized that all efforts go into translating this growth into value for the real economy and the people. According to Eurostat figures, the Greek economy has the highest rate of growth currently in the Eurozone. This came as a result of major structural reforms at a great expense to the Greek citizens and a 25% decrease of the Gross Domestic Product (GDP) of the country. The reforms, among others, brought a “red-carpet approach to citizens and investors, contrary to the red-tape they had been accustomed to”.

“The sacrifices of the people are huge, but the crisis is now almost over” continued the PM, encouraging the young participants to be “as critical as [they] wish, but not to repeat the mistakes of the older generations”.

Samaras praised the work and contribution of startups, the topic of the 2 day summit, in Greece and in Europe to add that in a globally challenging competitive environment Europe’s best comparative advantage is it’s younger generation of educated, skilled and passionate young people.

YEPP president Konstantinos Kyranakis, on behalf of the leaders of the organisations 60 national members, delivered a strong message to the Greek PM: “We have one thing to tell you. We stand with you, we believe in you, we count on you. Do not give up.” after the Council declared its support and faith to the work of Antonis Samaras, the “man with the hardest job in Europe”.

About the Council
The Council of Presidents of YEPP concluded this weekend in Athens, Greece. 120 young leaders from 40 different countries in Europe debated with startupers and put forward joint ideas in a 33-policy-strong white paper, to be presented to Commission president Jean-Claude Juncker in January, 2015. The participants followed a full programme of meetings with Greek politicians and members of the startup community in the country.