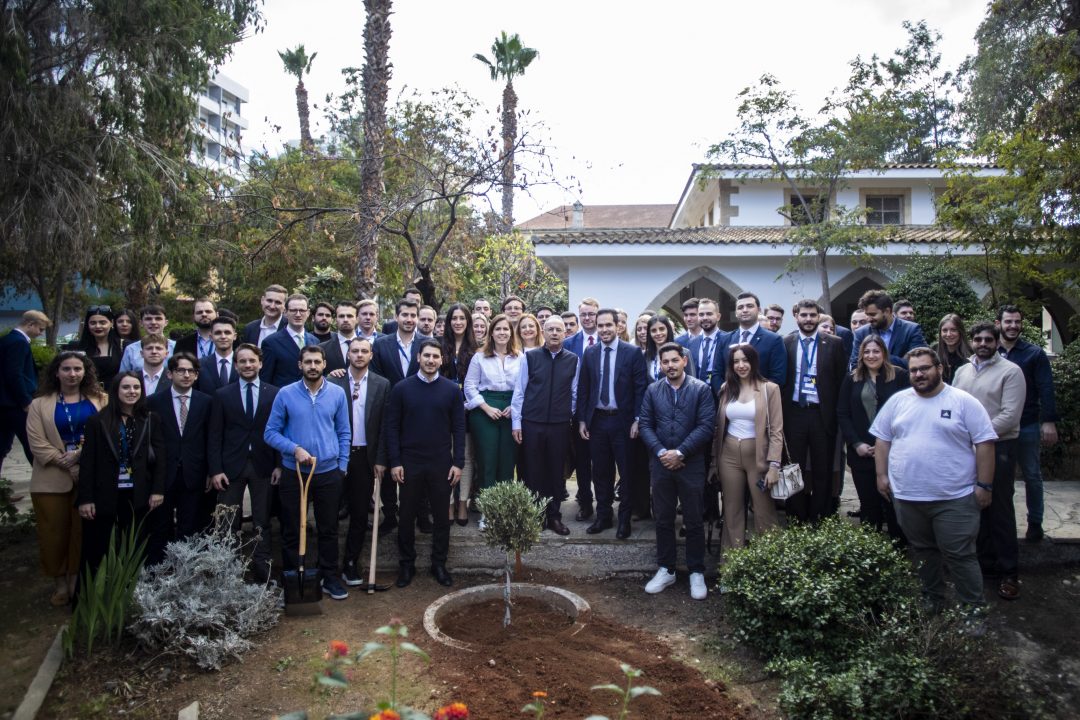 Larnaca, Cyprus – How can digital technologies aid in overcoming and preventing conflict? What is the importance of peacekeeping and building in the Cypriot-Turkish conflict? How can the EU solidify its geopolitical position and lead in times of crisis? These are only a few questions our conference titled ‘The Keys to Peacebuilding: Europe’s duty to Lead’ aimed to address. This event took place from the 24th – 27th of November, were participants partook in political discussions as well as cultural and historical excursions.

Ahead of the event, YEPP President Lidia Pereira stated: “During the last year, there have been numerous conflicts and crisis across Europe and beyond. From the war in Ukraine to the energy crisis, we have seen that now more than ever, Europe must lead. Hence, Cyprus proved to be the place to facilitate this discussion.”

The event commenced with welcome speeches by Lidia Pereira (YEPP President), Giorgos Chatzigeorgiou (NEDISY President) and Vasilis Karydas Yfantis (Konrad Adenauer Stiftung Greece and Cyprus). This was followed by a special address by Annita Demetriou (President of the House of Representatives), where she highlighted the importance of youth participation. There was also an opportunity for participants to interact in a Q&A session, related to the Cyprus-Turkey conflict, the political structure as well as key political concerns.

In addition, our delegates were also given a chance to attend a tour of the divided city of Nicosia, which ended in CYENS with a presentation by Dr Styliani Petroude (Centre of Excellence, Head of Research Office at CYENS).

On Saturday, as the international environment is shaped by several crises, YEPP delegates planted an olive tree as a sign of peace and to symbolise a growing and deepening European Union, YEPP is working for. Here, we were joined by Averof Neofytou (DISY President ), who addressed our delegates and stated: “We are living in a dynamic and challenging year full of risks with multiple crises. In order to successfully overcome these obstacles, we need strong and effective politics. I believe this centre-right party can do that.”

The event was organised together with the Wilfried Martens Centre for European Studies and the Konrad Adenauer Stiftung and hosted by NEDISY Cyprus.

During this conference numerous resolutions were adopted, which can be viewed here.