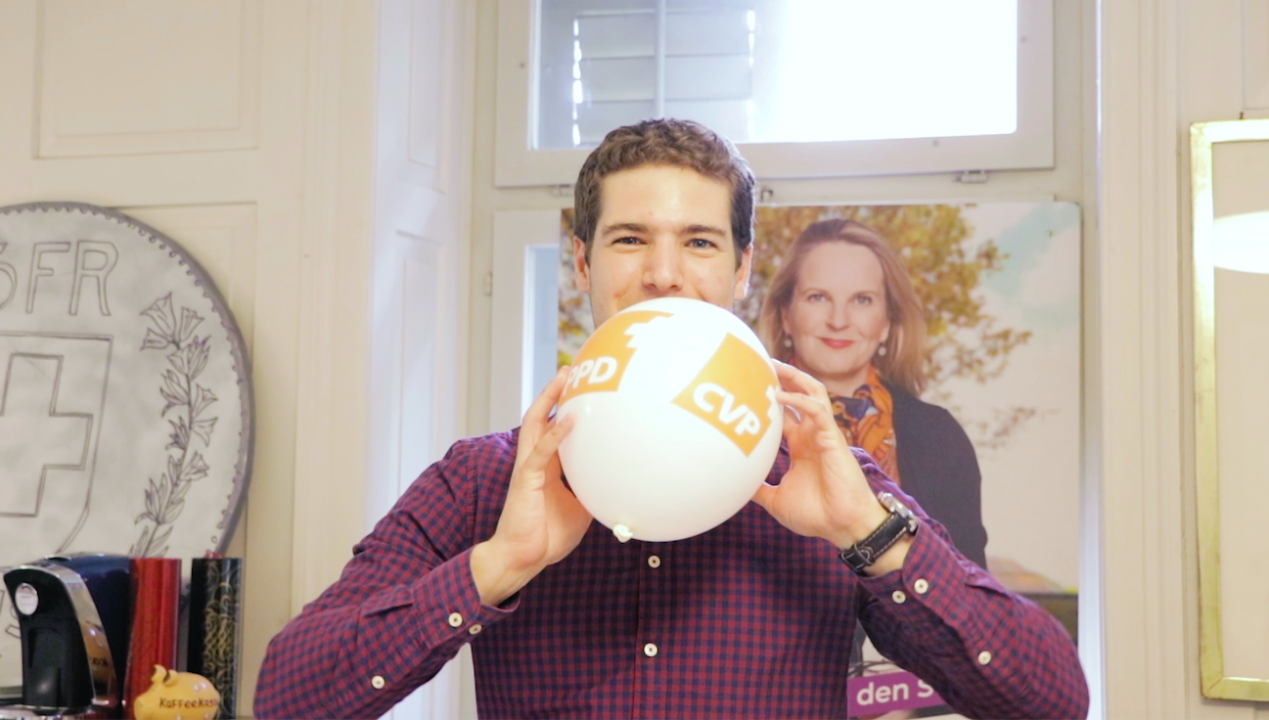 Switzerland – Last week, the Youth of the European People’s Party (YEPP) was in Switzerland to follow around one of the Christlichdemokratische Volkspartei der Schweiz (CVP) young candidates and also YEPP Vice-President who is running in the upcoming elections this Sunday. Tino Schneider (28) currently serves as a Member of the local Parliament in the canton of Graubünden where he deals with financial matters, healthcare issues and the youth in general.

Speaking about the most pressing topics that are leading this campaign, it is no surprise that climate change and environmental protection have been the number one topics in recent weeks. As a of the centre, it is CVP’s duty to show that climate change can be combated with innovative solutions that are not only to the detriment of the middle-class. “We clearly reject any prohibition policy as pursued by the Greens,” states Tino.

Other most vocal issues regarding this campaign are the steadily rising health costs, which are becoming an unbearable burden for an average household. CVP is working to contain these costs by means of a popular initiative which aims to introduce a “cost brake” to stop cost growth. For youth parties, the pension system is one of the central concerns. “No sustainable reform of the pension system has been successful in Switzerland for decades. As JCVP, we are committed to depoliticising the mechanisms of the pension system. For example, the retirement age should be defined by various parameters and not, as in the past, by parliament, where it is always a political play ball,” explains Tino.

While the most pressing issues affecting Switzerland are no different from those in other European countries, the way campaigning is done in the country is quite unique. In Switzerland, the National Parliament is not a professional one, it works on the “militia principle”. This means that the National Councillors have a regular profession in addition to their office as parliamentarians. For campaigning, this means that election campaigns usually take place early in the morning before work, in the evening after work or at weekends.

Further to this, 99% of Swiss people take advantage of postal voting and vote early ahead of the election day. While in most countries, the last weeks leading to the elections are central to campaign activities, in Switzerland, the most intensive campaign days take place some three to four weeks before the election when the ballot papers arrive in the households.

Speaking about the youth engagement during campaigns in Switzerland, Tino explained that it is common for political parties to have double lists; one for the senior party and one for its youth branch. According to Tino, the chances of being elected from the youth list are rather low, but it gives each youth party a great platform to present its positions and become more visible.

Tino concluded: “The current Parliament did not manage to find long-term and sustainable solutions for our country on important issues. And it is our and the next generations that will have to live the longest with the decisions that are made today. Young people must be part of the discussion and actively involved in shaping our future. That is why I am running for the National Council on 20 October together with 245 other CVP young candidates throughout Switzerland.”