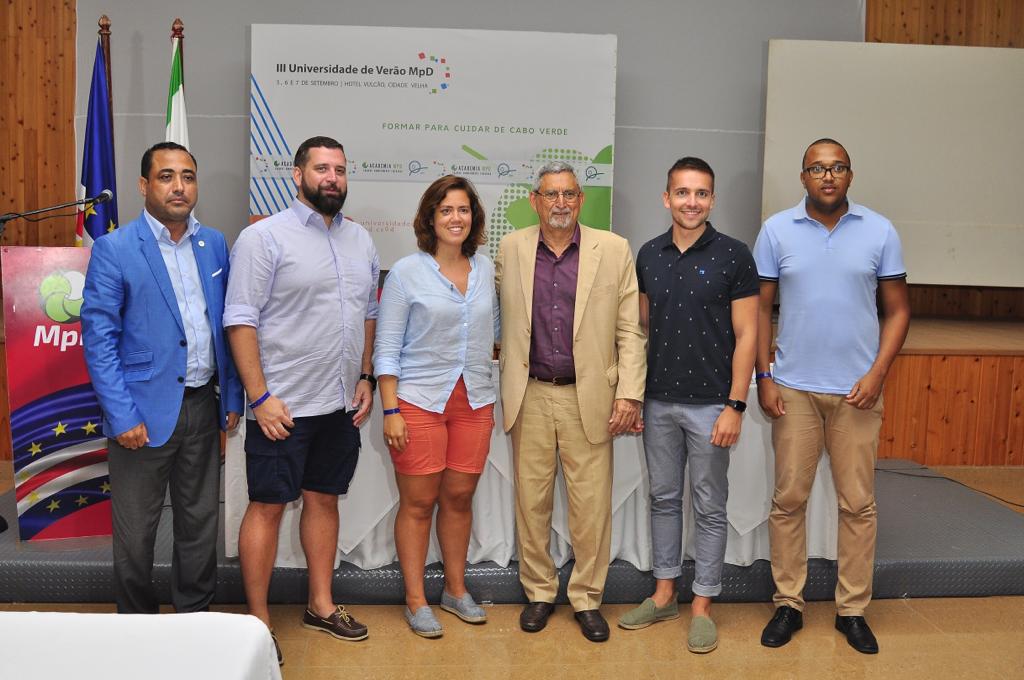 Cape Verde – Lidia Pereira, the President of YEPP, was invited to speak at the Movement for Democracy’s Summer School, which took place in Cape Verde last Friday and Saturday morning. Stephan Beer, First Vice-President and Christian Zoll, Vice-President were also in attendance. Lídia Pereira, who is also an elected member of the European Parliament, spoke on the panel titled “The importance of training in youth engagement in politics”.

Addressing an audience of young people from different parts of the Atlantic archipelago, Ms Pereira stated that “young people should have the opportunities to participate in politics as early as possible.”

The President of the JpD – the Youth of the Movement for Democracy, Euclides Silva, highlighted exactly that the purpose of this is “to have an academy that is concerned with bringing young people to share knowledge and experience is of paramount importance, and a clear sign that MpD bets on youth”. Lídia Pereira added that “training for young members and candidates is a great way to share knowledge and political experience, necessary for informed participation in institutional politics and familiarize with the values and political positions of the party”.

The summer school which is in its third edition addressed important themes through a centre-right perspective that reflects the current political climate both nationally and internationally.

It was attended by Jorge Carlos Fonseca, President of the Republic of Cabo Verde and Prime Minister Ulisses Correia e Silva. This was a great opportunity for YEPP to build and strengthen its relationships with young people outside of Europe.

Lidia Pereira concluded with “That at the end of the day, freedom is nothing but the opportunity we have to do each day better than the day before.”