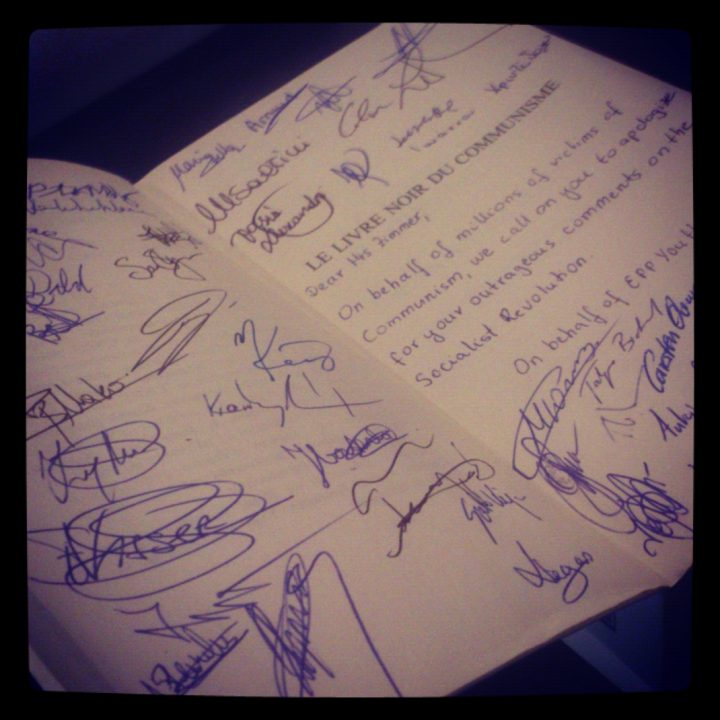 The Youth of EPP sent an open letter to MEP Gabriele Zimmer who called the anniversary of the Soviet revolution a great Socialist day. The outrageous comment was made during Chancellor Merkel’s recent visit in the European Parliament. YEPP members from 25 European countries also signed a well-known book on Communist crimes and sent it to the deputy’s office.

In his open letter, YEPP president Csaba Dömötör wrote that Mrs. Zimmer’s remarks are just as unacceptable as outrageous regardless of whether they were meant to be a joke or not. “The book we sent to you reveals what the revolution you cited brought to the world: terror, torture, famine, mass deportations and massacres. You will learn that the revolution you celebrated resulted in the death of 100 million citizens and the total denial of human freedom.”

In his open letter, Csaba Dömötör called on MEP Zimmer to apologize for the shameful words regarding the October Revolution. “Whoever regards the Soviet Revolution as great has no place in the European political life. We can just hope that there are no double standards in terms of evaluating dictatorships – no matter if they come from the Left or Right of the political spectrum” – he added.