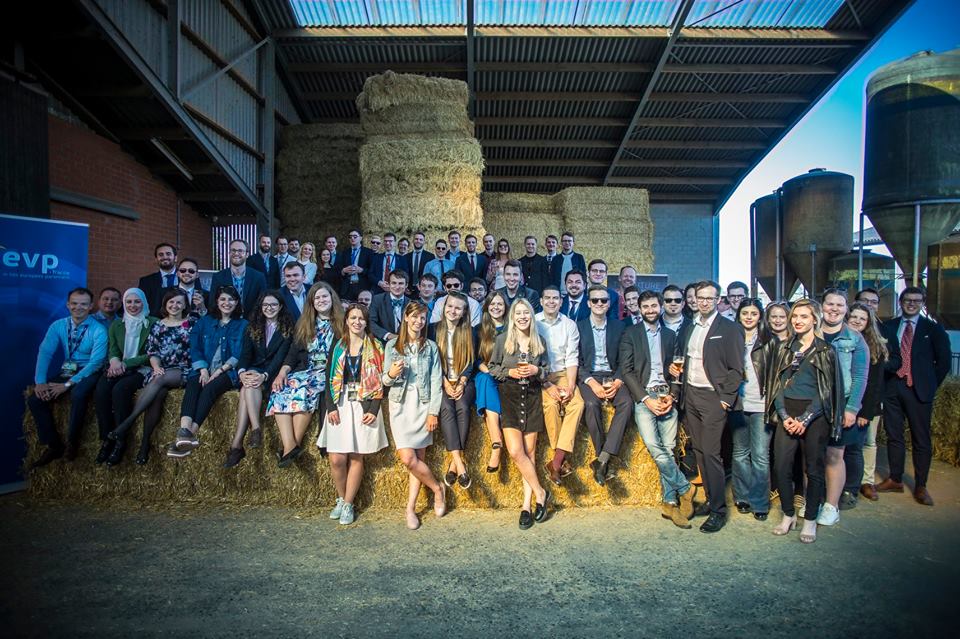 Roeselare, Belgium – What can policymakers do to better support and protect European agriculture in an age of globalisation and rapid technological advancement? This was the question 85 young leaders from the Youth of the European People’s Party (YEPP) sought to answer during the Conference on the Future of Farming and Food Supply in Roeselare, Belgium from May 3rd to 5th.
The event opened on Thursday night with a welcome address from Joseph Daul, President of the European People’s Party (EPP). During his remarks, President Daul spoke on the importance of European agricultural traditions and how the modern farm is more technologically advanced than ever. The development of rural areas is crucial so that agricultural operations can enjoy the same digital benefits as businesses in urban areas. High-speed broadband, good cellular coverage and well-maintained energy infrastructure are essential to the operation of today’s European farms. Belgian MEP and former YEPP Vice-President (2013-1015) Tom Vandenkendelaere also welcomed the group in the first evening. We are very thankful to Tom for his contribution to the event at every stage: from conception to planning to organising and hosting us in his hometown. We are very proud to have returned for an event to the constituency of an alumnus; it shows that the bonds within our political family are stronger than ever. Tom express his gratitude and highlighted the significance of hosting an event in Roeselare: visiting the regions, not simply capitals and focusing on a matter that he has been tirelessly fighting for: a brighter future for young farmers.
As part of a new initiative to connect young leaders with citizens, a series of site visits were organised to give participants greater insight into the agricultural sector. On Friday, participants visited the REO Veiling Food Auction where they learned about how fresh fruits and vegetables are sold from farmer to wholesale distributors and major grocery chains. The visit included a panel discussion led by Damien Viollet, Managing Director and Head of Crop Science for the BeNeLux Region at Bayer AG, that examined the future of farming and how European governments must prepare to support this sector. Later in the day, participants also visited the ARDO Frozen Vegetable Processing Plant where they experience first-hand the journey that food takes to be processed and packaged before landing on consumer retail shelves. The visit ended with a second panel discussion led by Diarmuid O’Connor, Head of Agri Supplier Development at Nestlé SA. The panel examined how food production companies must balance meeting consumer demand with sustainability and health goals. At the end of the day, YEPP welcomed into the Roeselare town hall by Mayor, Kris Declercq.
On Saturday, YEPP saw farming first-hand with a site visit to a Belgian beef and dairy farm. Learning about everything from farm hygiene standards to animal welfare, the group gained a true understating of the realities of operating a mid-size, family-run farm.
During a Saturday morning council meeting, YEPP produced a white paper on the Future of Agriculture in Europe. The white paper call on policymakers to institute a fairer distribution system for CAP payments, offer better support to young farmers, and use CAP payments as a method to promote and reward the reaching of sustainability targets as outlined in the Paris Agreement. In the paper, YEPP also reinforces the importance of Europe’s food products as a hallmark of quality around the globe and the necessity of enforcing European food standards in any future trade deals.
“One of our most successful events to date, the Conference of Farming and Food Supply served to reinforce the important role that agriculture plays in our modern society,” stated YEPP President Andrianos Giannou. “Our visit and the resulting white paper on the subject highlight the fact that to maintain a successful European Union, we must protect that which is most vital – our food supply. To do so, we must rethink our image of the farm as a rural and simple entity, but instead view it as the modern, technologically innovative enterprise that it is. Only then can policymakers begin to pass meaningful legislation to ensure that European farms remain the standard for food production quality in the decades to come.”
At the conclusion of the conference, three new associate member organisations were added to the YEPP family: PAS Youth from Moldova, Giovani PATT from Italy and Solidarna Molod from Ukraine.
We are thankful to Bayer AG, Nestlé SA, the EPP Group in the European Parliament, Tom Vandenkendelaere, CEDER and our hosts Jong CD&V for their support.

About YEPP
YEPP is the official youth organisation of the European People’s Party. We connect 62 Centre-Right youth political organisations from 40 countries all over Europe, representing more than one million members. Founded in 1997, YEPP has developed into the largest political youth organisation in Europe. It counts three current and former heads of state among its executive board alumni. Apart from being active within the structures of our mother party the EPP, we are committed in a number of other international arenas. One of our main objectives is to provide ground for training, discussion and cooperation and prepare the younger generation to lead tomorrow’s Europe. This runs parallel to our mission to find solutions for a better, inclusive and secure Europe and to uphold our principles, policies and ideas in the European political debate.