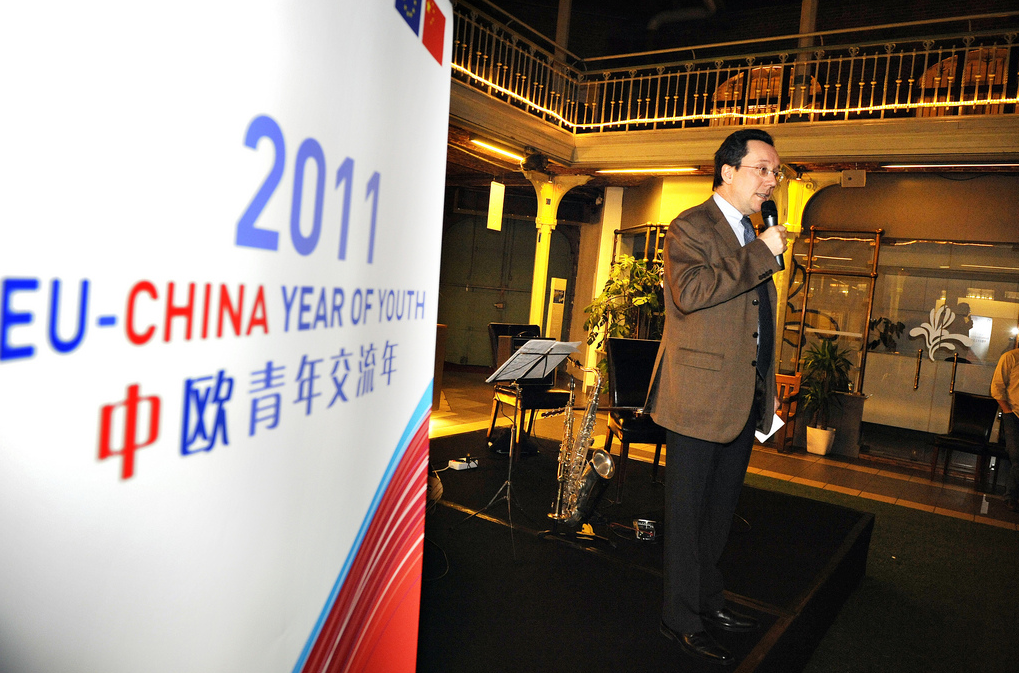 The President of YEPP took part in the High Level Forum on EU-China relations in Brussels. In his speech on behalf of European youth organizations, Csaba Dömötör said: Europe and China disagree in many issues, but they are destined to cooperate.
According to the YEPP president, the EU-China dialogue should focus on three major issues on the youth level. First of all, the youth has to make its voice heard when it comes to economic crisis management and the fight against debts. Secondly common efforts are needed in the field of green investments. Csaba Dömötör emphasized that there is a great need for a binding international climate agreement in the post-Kyoto era. Without the engagement of emerging economies, like China, this is not feasible – he added. The third area of cooperation could be the strengthening of youth exchange programs between China and Europe. Any future partnership agreement between the parties should contain guarantees for the extension of these programs, while cutting bureaucratic rules at the same time.
Wang Xiao, president of the All-China Youth Federation also took the floor in the meeting. He expressed his disappointment that press reports on China are overwhelmingly negative, while this is not the case for reports on Europe in his country. The youth leader underlined that China has to go along a same way of progress in just 30 years, which took Europe more than a century.