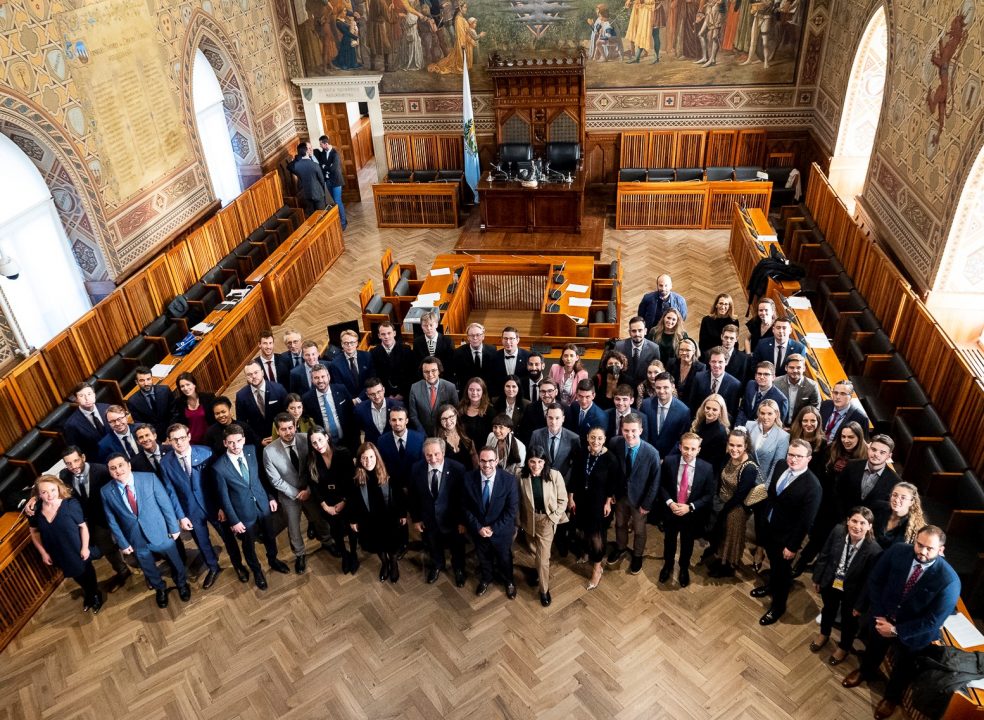 San Marino – How can the youth ensure their role in the future of Europe is more than informants but active contributors to the discussion? This is only one of many questions raised by YEPP delegates at last week’s conference held in the Republic of San Marino. The event titled ‘Conference on the Future of Europe: The Youth Perspective” welcomed over 60 politically inclined youth from 31 countries and distinguished guests from both politics and the private sector.

The conference was opened with a welcome speech from the President of PDCS Pasquale Valentini and Secretary General Giancarlo Venturini who stated the importance of a youth centred approach on the European future and that this can only be achieved with a unified voice.

Speaking at the event, YEPP President, Lidia Pereira, said: “The youth must be at the centre of the discussion on the Future of Europe. Our opinions, resolutions and stances on issues relating to climate, health, economy and more must not only be taken on board but acted upon.”

Additionally, Commissioner Dubravka Suica, delivered a speech via video stating the importance of this event, as the youth perspective must be explored, and wishing YEPP and its delegates much success.

Furthermore, participants were given an audience with the Capitan Regents of San Marino, where President Pereira addressed both excellencies thanking them for their time and the warm welcome received in the republic.

Members of the Youth of the European People’s Party (YEPP) discussed and adopted resolutions to address the key issues that the European Union faces today including ‘A new European energy strategy to reduce prices and reduce its dependency,’ ‘Afforestation and reforestation as adaptation opportunity to fight climate change’ as well as ‘Get the show on the road, Europe!’.

A White Paper titled ‘Conference on the Future of Europe: The Youth Perspective’ was also adopted, which included a call for the conclusion of the Association Agreement with a focus on states such as San Marino.

The event was organised together with the Konrad Adenauer Stiftung and PDCS San Marino, and hosted by GDC San Marino. YEPP thanks KAS and PDCS for the constant support given throughout the conference as well as the active interest and participation during the event.