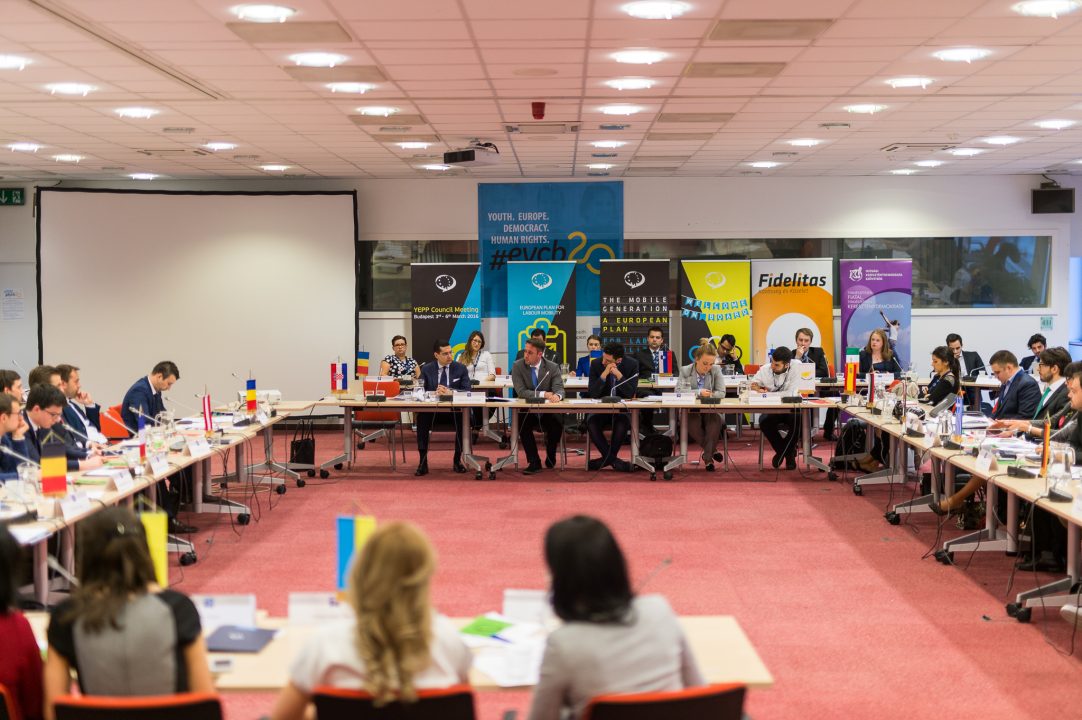 The Youth of the European People’s Party held its Council Meeting in the city of Budapest between the 4th and 6th March hosted by Fidelitas and IKSZ, our Hungarian member organisations.

The Council debated and voted on the white paper “A European Plan on Labour Mobility” calling for, among others, access to healthcare for European workers, modernisation and efficiency of social security contributions, the upgrade of EURES and the tackling of “brain-drain” affecting the EU’s weakest economies.

At a roundtable discussion on the “Role of youth in preserving and strengthening democracy in Europe” chaired by Csaba Faragó of YEPP, Luis Viegas Cardoso of the YEPP Brussels Group and Thibault Muzergues of the International Republican Institute, participants discussed current challenges and threats to European democracy. Council participants also adopted a common declaration on strengthening democracy in the Continent.

MEP György Schöpflin and EPP Vice President, MEP Kinga Gál spoke of the parliament’s work for Labour Mobility within a safe European Union, before European Commissioner Tibor Navracsics spoke of “Youth Politics in the service of job creation and mobility” while also presenting the New Narratives initiative with the young participants. The Commissions ambition is to get the young people’s ideas and expectations of the European Union through a series of actions and events.