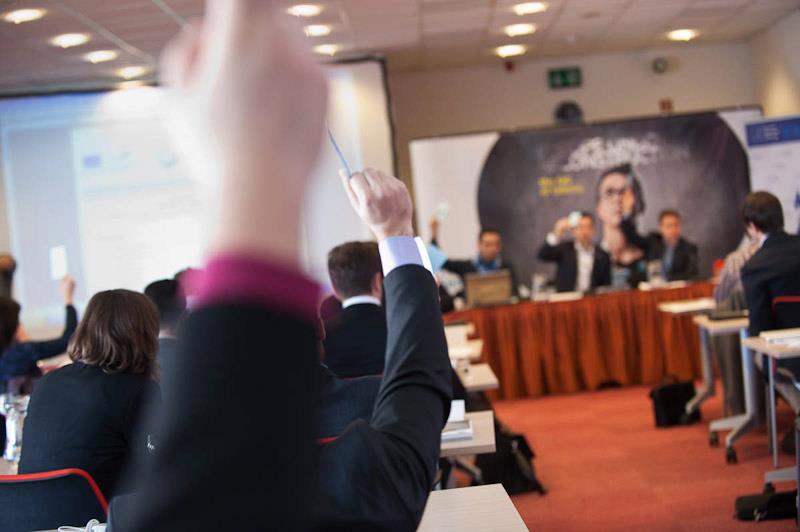 The Youth of the European People’s Party (YEPP) held its seminar and council meeting in Budapest, Hungary during the last weekend. The event was an opportunity for the participants representing centre-right organisations from 37 countries to discuss and react to the recent political developments in Hungary, to adopt a great number of resolutions as well as a declaration on youth unemployment.

The participants met deputy Prime Minister Tibor Navracsics Minister for Foreign Affairs János Martonyi, as well as Zoltán Cséfalvay, state secretary for economic issues. During the seminar, the delegates could get an insight of some of the recently adopted laws as well as the country’s new constitution and its economic prospects.

The council meeting of YEPP discussed and adopted 13 resolutions, including a resolution on the Hungarian situation, the ACTA agreement, the start-up companies and renewable energies. The council also adopted a proclamation on youth unemployment that would be subject of a public consultation till YEPP’s chairmen’s conference to be held in May. (The Hungarian resolution, and all other documents can be downloaded  here)

The board discussed the nominations for the YEPP Freedom Prize, which will be awarded in May. Beyond official visits and the council meeting, the participants of the seminar took part in a training of representatives of the International Republican Institute and FWD Affairs. The delegates also visited the House of Terror Museum, where they commemorated the young heroes and lit a candle in the memory of the victims of Communism. The Youth of the European People’s Party thanks Konrad Adenauer Stiftung and Hanns Seidel Stiftung for their assistance in organising the event.