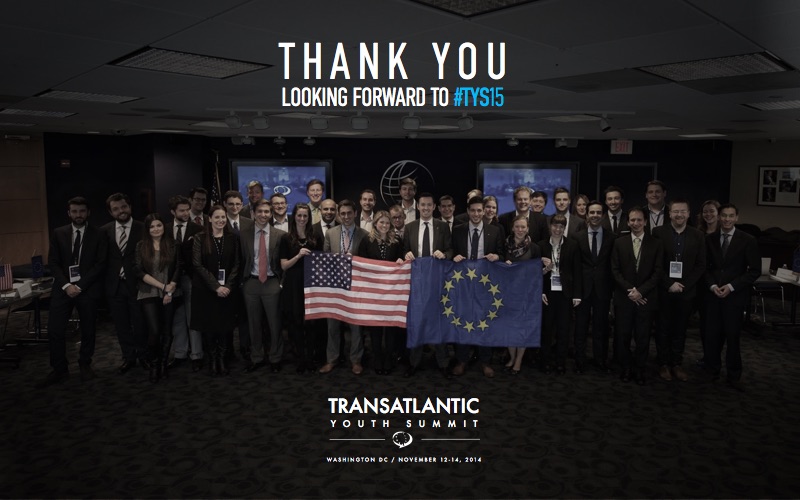 Fifty young European and American centre-right leaders met in Washington on November 14th for the Transatlantic Youth Summit to set the solid grounds for a strong transatlantic centre-right coalition.  The summit was hosted by the Youth of the European People’s Party (YEPP) and the International Republican Institute (IRI).

YEPP started the program with meetings at the Americans for Tax Reform and with Grover Norquist, presented the ‘Low Tax Hero’ campaign and pledged to join forces for a global low-tax movement. The 25 young Europeans held a series of debates and presentations at the Heritage Foundation over TTIP, NATO and public spending.

The summit took place at IRI headquarters with a keynote by Congressman Jack Kingston who stressed the erratic spending of the US administration. “Why does the government increase spending in times like these? Never waste a good crisis: the best excuse to expand agencies and waste more money” stated the Congressman to a crowd of American and European young politicians.

A series of presentations and debates looked into the Transatlantic relationship and the state of play of politics in the US and in Europe. The focus of the panel was TTIP, the Russian-Ukraine conflict and political communication on both sides of the Atlantic.

“We are here to learn from you, learn with you; base our cooperation on friendship and mutual understanding. The Transatlantic alliance is only as strong as the bond we share between us” said YEPP’s president Konstantinos Kyranakis.

Ambassador Mark Green stated that “The transatlantic partnership has never been so important as it is today, that’s why you are here”.

The participants reaffirmed their determination to strengthening the bond over the Atlantic through the coordinated actions of a political alliance whose aim is common answers to the global challenges of the next decades.