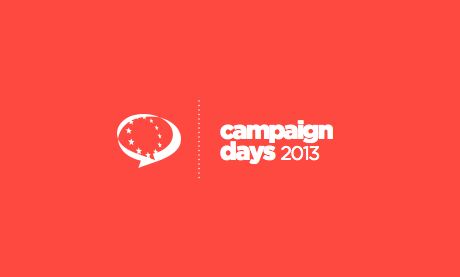 The Youth of the European People’s Party (YEPP) brought together 70 campaign managers and social media experts from its member organisations, in order to train and co-ordinate for the upcoming European Elections in May.
Taking place at the European People’s Party (EPP_ Headquarters and at the ‘Microsoft Innovation Center’ in Brussels, ‘Campaign Days 2013’ was an innovative new event that included training in photography, copyrighting, presentation, social media and campaigning skills. The delegates had the opportunity to have sneak peek of the EPP’s campaign for the EU elections and how YEPP will be an active part throughout the pre-election period.
Part of the training was a campaign simulation that put delegates in real pre-election mode that included everything from event planning, social media strategy, press interviews and public debates. Headed by YEPP alumni, MP Duarte Marques from Portugal and Deputy Mayor Ebba Busch Thor from Sweden, the simulation allowed delegates to use what they learnt, work as a team and under limited time conditions.
The event concluded with the launch of ‘Team Blue’, YEPP’s team of campaign managers from all over Europe. The team will coordinate and campaign side by side for the upcoming elections, promoting the fundamental beliefs of the European center-right.