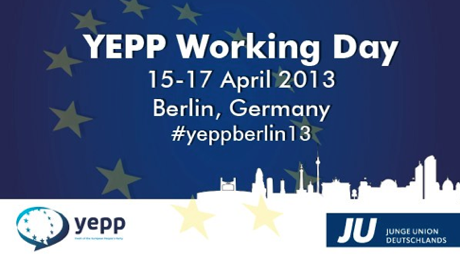 The Youth of the European People’s Party held its 2013 Working Day in Berlin, Germany, hosted by Junge Union. YEPP delegates debated the organization’s political program and met with Germany’s Minister of Defence Thomas de Maizière, and the director of the Konrad Adenauer Stiftung, Hans-Gert Pöttering. The delegates had the opportunity to take part in a campaign action of the CDU expressing their support for Angela Merkel.