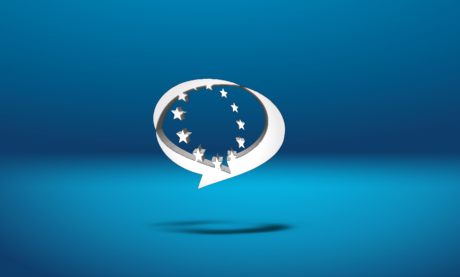 YEPP organized its first ever Brussels Study Days from November 14th until 17th with 56 participants from 25 countries. The aim of the Study Days was to bring together young people from across Europe with Brussels policy making actors to synchronize their views of the European political landscape. During the event the participants met with high level representatives of the EPP Party and Group, the EPP Foundation the Centre for European Studies, the Robert Schuman Institute, a Cabinet Member working with Vice-President of the Commission Viviane Reding, and the International Republican Institute.
Discussions and hot debates centred on political values, the aims of the EPP in EU decision making, the role of the European Parliament, Commission and Council in the EU law making process, gender policy, vote at 16, abortion and social values, and the effect of the US election on the world. The Study Days are meant to be a long term and permanent instrument introduced by this Board and continued by future YEPP Boards in order to bring Europe closer to the citizens. This new project was made possible by the generous support and dictation of the Robert Schuman Institute, the EPP Group, the EPP Party, the Centre for European Studies, and YEPP’s full member in Belgium JONGCD&V.
To you all we offer our most sincere thanks. See you next year!