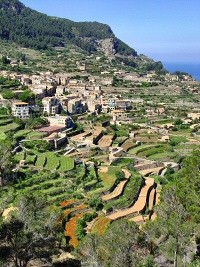 It had been 2 years that all the Presidents of our Member Organisations had gathered. Therefore the 5th YEPP Chairmen’s Conference titled “Europe alive!”, offered a platform for this meeting. The conference took place with 82 participants in Palma de Mallorca (Spain) from Thursday, 15th June until Sunday 18th June 2006. The conference was hosted by the local division of YEPP Full Member NN.GG (Spain) and also the European People’s Party (EPP) has cooperated in this.

We had put on the agenda a crucial theme for the future of Europe, which dominated the agenda of all political leaders in the coming months. Besides some high-ranking politicians like EPP Secretary General Antonio Lopez di Isturiz and International Secretary (Partido Popular) Mr. Moragas, several national chairmen also presented their visions about the future of Europe. Some speeches can be found in attachment.