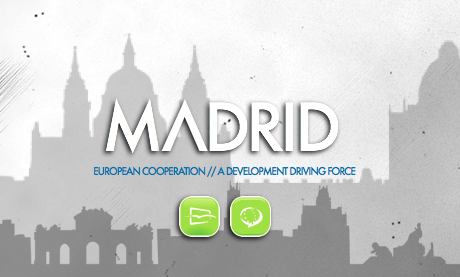 The aim of YEPP”s Madrid seminar from September 27-30 was to provide a training ground for young active politicians on the topic of Europe’s cooperation within itself and externally in the face of the economic and political crisis. In the seminar the participants combined debate and discussion in sessions with experts. The seminar included panels examining “Europe’s cooperation within its EU Boarders,” “Cooperation across Europe’s boarders with neighboring countries,” and “Further afield, cooperation with emerging BRICS.” YEPP accessed high level speakers as well as the possibility for participants to visit the cultural sights and political buildings of Madrid.

After the lectures and debates, YEPP held a workshop in this Seminar exchanging best practice amongst its participants on Family Policy and the Future of the Welfare State. Also, in response to the enthusiastic feedback from our participants YEPP held a House of Commons Debate on the topic: “should higher education be for free or should students pay?” This session allowed the participants through contemplating and debating controversial statements to form opinions and questions on the topic. The participants were faced with controversial statements and then debated in favor, undecided, and against trying to win the most people over to their argument. Finally, YEPP held its customary working groups and Board and Council meetings in which it will honed, amended and voted on working documents.

Jesús Posadas, President of the Parliament

Guillermo Mariscal, Spokesman of PP in the International Affairs Committee

Esperanza Aguirre, President of the Region of Madrid

Jorge Moragas, MP & Chief of Cabinet of the PM