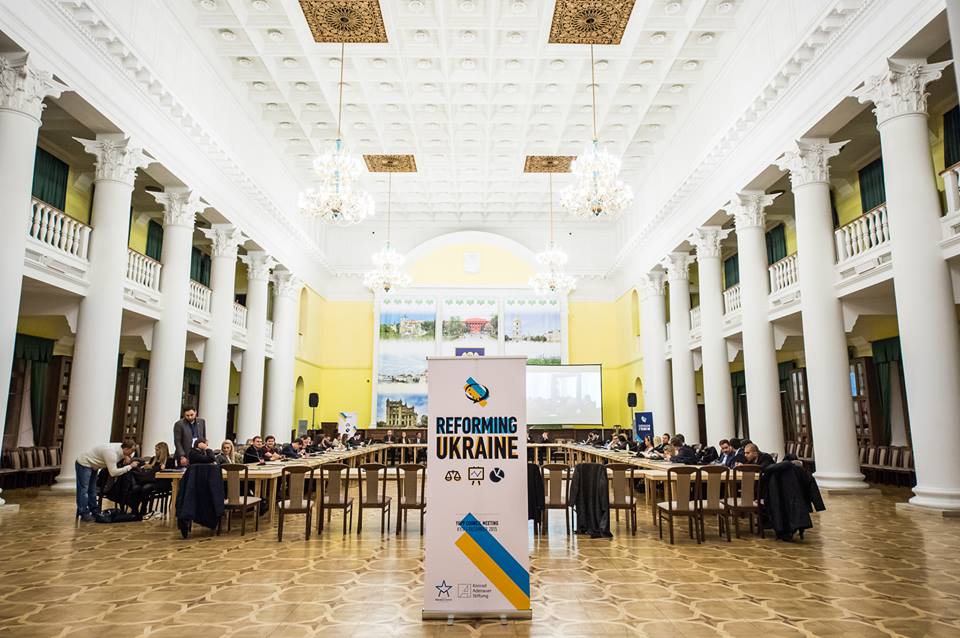 My first visit to Kiev last week – with the Youth of the European People’s Party, to commemorate the second anniversary of the Euromaidan – was marred by what is an inauspicious conclusion: it is political populism that stands tantamount to Russia as the gravest threat to the country’s frail stability. Consciously promoting seemingly anodyne yet practically impossible solutions to complex problems for short-term electoral gain, by exploiting public fear and disaffection, has been the trade of imprudent rulers and politicians alike for centuries. Any Ukrainian policymaker though ought to know better than that: radicalisation and polarisation have unknown limits. The illusion of control can instantaneously turn into loss of control.

It is indicative of Ukraine’s predicament that, apart from the general need for revision, there was no agreement on a clear roadmap for energy sector reform, and gas subsidies in particular, between our five local partners, three of which take part in the governing coalition. All position themselves on the pro-European centre-right of the political spectrum and have been supportive of the need for reforms. Energy policy revamp has been the focus of the legislative agenda post-Euromaidan, along fiscal (where similar divisions persist) and administrative reform and the fight against corruption, of which energy subsidies are a major source (Corruption poses a major risk to both stability and reform. All political forces will have to commit to combat it). A threefold rise of household gas prices (as well as a hike equal to 67% for heating) was part of a bundle of legislative initiatives agreed with the IMF in exchange for an aid package, with further increases scheduled for April 2016 and April 2017, aimed to introduce market pricing and rationalise energy consumption, among other things. As it was expected (especially when combined with economic hardship and ineffective communication on the side of the authorities), popular dissatisfaction is on the rise: this leaves a window of opportunity for populists to carve out space for themselves.

A local interlocutor placed the probability of fresh elections taking place as soon as early next year at 40 per cent. That would precariously shake Ukraine’s fragile stability, inducing renewed uncertainty. If the current government collapses, any future coalition talks will be inherently more testing. So will any new government’s commitment to the reform agenda: unpredictable. Instability could spread beyond Ukraine to the wider region (I cannot help not to think of Moldova).

Confrontation with Russia is expected to intensify, as a $3 billion bond, granted to Viktor Yanukovich’s regime as a reward for pulling out of a deal with the European Union, will reach maturity on the 20th of December, further complicating an already tense situation. Rhetoric so far has been scathing, exacerbated by what Russia sees as a perilous deviation by the IMF: the Fund this week decided to maintain support for Ukraine, irrespective of whether the latter defaults on Russian debt or not, despite previous policy (On a different note, the Russian Federation is a member of the IMF: the Fund’s decision to act in disregard of bilateral debt arrangements of its members might point an intention of the IMF to move towards supranational decision-making). As grand coalition talks have stalled, Russia might refocus on the Ukrainian front to continue distracting domestic attention from economic malaise, aggravated by the oil price slump.

A confidence vote might be in the pipeline: as the Financial Times report, “[t]he vote – increasingly demanded by legislators – is expected to take place on Friday [the 11th of December], when the government of prime minister Arseniy Yatseniuk reports to parliament on its achievements one year after taking office”. Calling for unity and responsibility is a message that has been heard ever so often recently: it is probably a telling sign of our times. In Ukraine though, the politics of unity and responsibility might just swing the pendulum between survival and collapse.