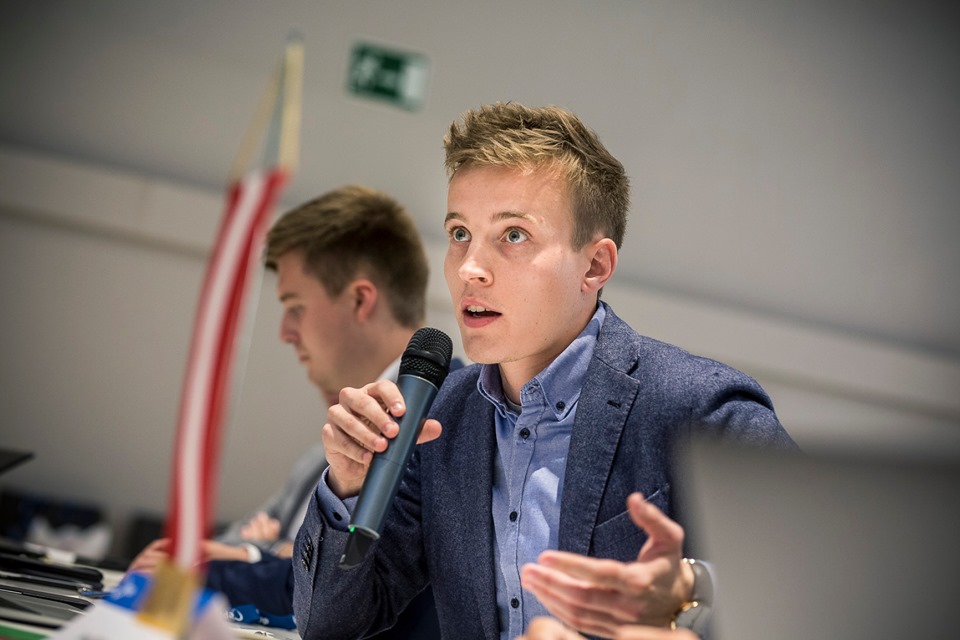 In 2011 the civil war in Syria started as a popular uprising of the people against their authoritarian dictator Bashar al-Assad. Eight years and about half a million dead later, the cities and streets of the country have been deprived of their proud culture and busy lives as they have turned into one of the bloodiest and most complicated battlefields of our generation. In many ways, Syrians have been used as nothing but pawns in the grand and brutal game between Russia, America, Iran, Israel, Hezbollah, the Islamic State, Turkey and the Kurds – all of which pursue their own interests, follow their own logic and fight their own wars within the conflict that has led to one of humanities most severe human crisis.

Once historians and analysts put to paper the full account of this tragic war, they will tell a tale of gruesome atrocities and ruthless pragmatism, of betrayals and absurdities, but also of heroic engagements and human sacrifices. As of now, the last major twist in this war happened in the beginning of October and entails all of the characteristics above.

In a move that defied the logic of Foreign Policy, the United States announced that it will withdraw its troops stationed alongside Kurdish forces in northern Syria. Simultaneously, President Trump seemed to have given a green light to his Turkish counterpart, President Erdogan, to invade these Kurdish held territories in order to weaken the Kurdish influence in the border region.

For one, this change of course from the United States was, in the eyes of many, treacherous towards the Kurds, who have fought and bled alongside US troops for several years. It seems that many, including Donald Trump, have forgotten that it were the Kurds who carried the heaviest burden in the fight against the Islamic State, suffering over 10.000 casualties in the process. One only needs to think of the heroic stand of the Peshmerga in the small northern-Syrian town of Kobane, which both symbolically as well as militarily stopped the seemingly unstoppable onslaught of Islamic State conquests in the region.

For the other, it has led to a situation, which neither the United States nor Europe, should consider neither right nor good. Not only did the NATO-country Turkey use military force against an actor that the West considers its strongest ally against the Islamic State, but it also did so in unacceptable ways. In order to minimize their own casualties, but also to be able to rhetorically strip themselves of all responsibility, Turkey mostly employed non-Turkish, in some cases radical-Islamist militia-forces, to spearhead the invasion and do the dirty work on their behalf. It didn’t take long for the first reports of atrocities against the Kurds to emerge. Roadside executions carried out by irregular military forces, sent its way by a NATO country, definitely can’t be in the interest of the West. Neither can the growing number of refugees driven out of a region that has been, until then, widely considered to be one of the most stable and secure in Syria. Nor should the announcement of President Erdogan, to resettle hundreds of thousands of Syrian refugees out of Turkey and into the Kurdish regions, be considered either a sustainable or a humanitarian solution. The Kurdish region in northern Syrian is relatively homogenous and enjoys at least some sort of practical autonomy. Both of which would be threatened with the arrival of such a great number of Syrians that formerly lived in other parts of the country. A destabilized north and ethnic conflicts would seem inescapable; this raises the question whether these refugees actually want to be settled there. In light of its own history, Europe should not sit idly by when populations are forcibly resettled and used to weaken or strengthen someone’s influence over a certain region.

But fortunately for the big picture, even the worst periods of life must eventually come to an end. Although Syria is far from being fully pacified, the intensity of the civil war has declined sharply as Assad has regained more and more control over his country. Against all odds but with immense support from Russia and Iran, the dictator has prevailed. The surprising announcement of the US to withdraw, followed by the Turkish invasion, has even provided Assad with the sudden opportunity to extend his own reach over the Kurdish areas, as they – let down by the Americans – have requested him to assist them in their fight against Turkey. This not only strengthens the Syrian pariah who has bloodied himself beyond all possibility to ever be re-integrated into the international community, but also the Russian President Putin, who has reached his goals in Syria and presented Russia as a new indispensable nation in the Middle East. How the aftermath of the civil war will unfold both in Syria as well as in the wider Middle East of course remains to be seen, but with the growing retraction of America and the re-emergence of Russia, the region possibly faces a new era dominated by new actors. But unfortunately, Europe won’t be one of them. Although European Union leaders were quick to condemn both Trump’s retreat as well as Erdogan’s attack, not much else has happened. Whether this is due to diplomatic weakness or out of careful restraint given Erdogan’s role as Europe’s gatekeeper before countless numbers of refugees is hard to say. In any case, a stronger role of the European Union in combatting crisis in its own backyard would be desirable – if not by sending an international force as the German Minister of Defence suggested, then at least by taking a tougher and clearer stance on issues that not only affect Europe politically, but also morally.

Author: Dennis Vetter is a member of YEPP member organisation in Austria – Junge OVP and he is also a member of the YEPP Council.