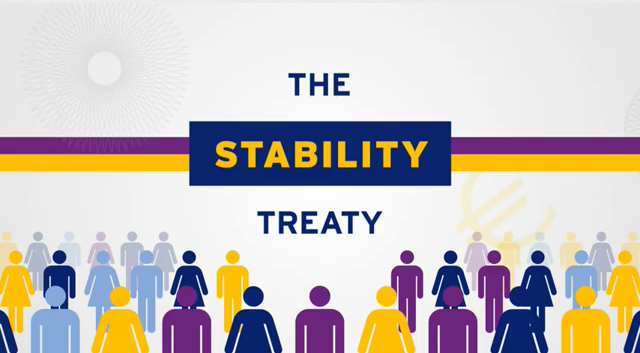 On the 31st May 2012, the Irish citizenry vote on one of the most important referenda of a generation, a vote that could mean the difference economic recovery or pariah status as a nation. This blog entry addresses the importance of Ireland’s adoption of the European Fiscal Stability Treaty.

Ireland needs certainty. Irish businesses need certainty. International investors need to have certainty in Ireland. The upcoming referendum on the European Fiscal Stability Treaty, while not perfect, provides that certainty. It provides reassurance, a sort of guarantee that if worst came to worst, Ireland has options and a viable route to recovery.

The rejection of EFS Treaty will provide only confusion, uncertainty and fear – exactly what those on the ‘No’ side want to capitalise on for their own political gain. Its rejection could mean a new nadir for Ireland.

While domestic Irish business can and will deliver the growth and innovation to help reduce our sovereign and personal debt burden, as a small and open economy on the fringe of Europe international investors need to have confidence that they are investing in a country that is economically and politically stable.

2011 was a year bereft of investment in many sectors due to political indecision both at home and abroad. The new coalition government have ensured that a clear path is now marked to recovery. We must continue to follow it, while avoiding the mistakes of former governments.

The fiscal rules and the structural deficit rules at the core of the treaty will prevent the reckless borrowing that was culturally ingrained in certain Eurozone states. It will provide new rules to ensure that excessive deficits and fiscal carelessness will not be accepted. It encourages governments to be prudent during bull markets, which in turn will provide greater flexibility and re-actability during bear markets. No different to how a sensible household should behave.

The rejection of the treaty will place Ireland in an exposed and dangerous position. If further external funding was required outside the agreed IMF/ECB programme, and ESM access was blocked, Ireland could find itself in extreme and rapid austerity, or face default with the chaos that would ensue.

Access to the ESM, as provided by the treaty, means Ireland’s future funding prospects, post 2013, are certain. Whether or not this funding is needed is immaterial as simply having the option would ensure the confidence of investors, rating agencies and allow an easier transition back to the bond markets.

The argument of those in the opposition is that funding would still be available to Ireland is nonsensical, irresponsible and naïve. Already, Germany and France have hinted that no additional funding would be available for countries outside the ESM treaty.

The passing of this treaty will not cure all of Ireland ills but it will provide a reassurance for consumers and businesses, both domestic and international, that this country is a good place to do business, a country that is stable and a country that remains at the heart of our biggest trading partner, the Eurozone.

A Yes vote on May 31st is the only option to guarantee the right environment for recovery through investment, growth and innovation.