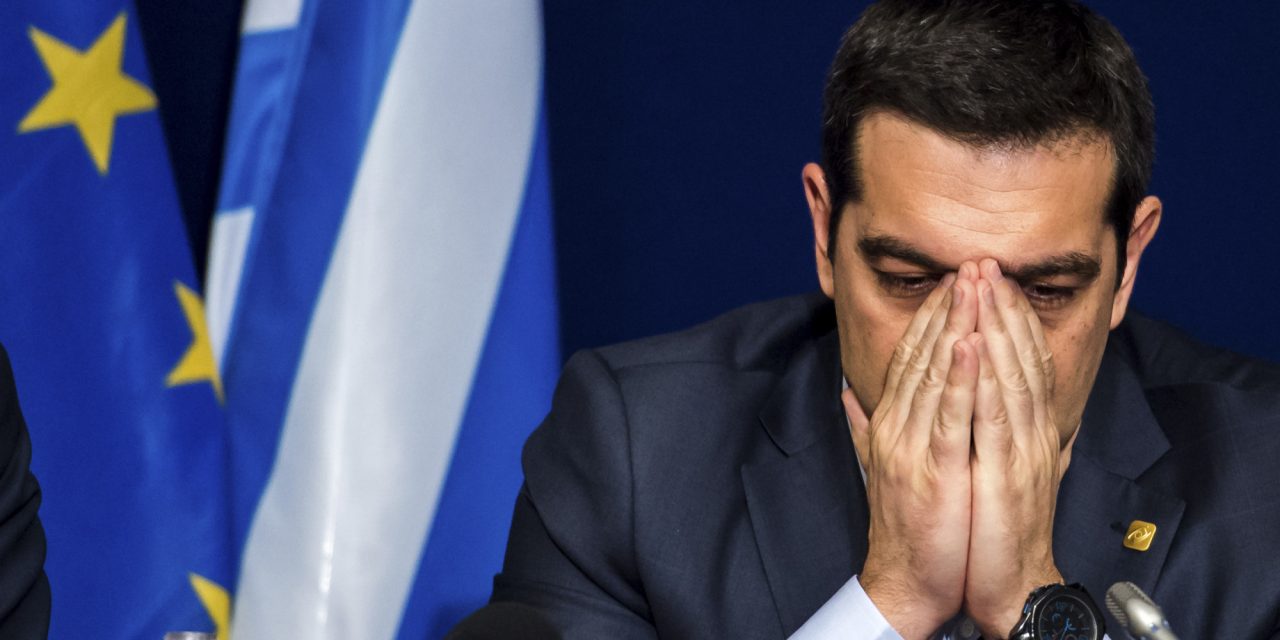 Winston Churchill once said that the most efficient way to beat the Left, is to let them govern a country for three to four months. Tragically, this quote is the most accurate description of the Greek political reality. The difference between quotes and real life though, is that once left wing parties manage to become the governing power, they usually won’t go that quickly. In the case of Greece, it took 4 years. After 4 years that the left took on the lead of the country –together with the far-right populist party-, they are now facing one of the largest public rejection. Some of them, including the second government coalition party, will not make it to the next parliament, while others seized to exist.  The moto under which Syriza got elected “Left, for the first time” has now been rephrased to : “Left, never again”. However, this “experiment” came with some of the most painful consequences for Greece and its people.

The list is long and given that it refers to just one mandate of four years, its weight further increases. From the very beginning, the true meaning, intentions and values of a left government were brightly revealed. Starting from the tragic political handling of the migration crisis, it was obvious that no sense of responsibility was present. Furthermore, the country’s already weak economy received one of the most violent attacks, banks had to shut down, capital controls were imposed.  Greek people experienced the further deterioration of their everyday lives, as criminality increased along with the weakening of effective police patrolling and penal handling of criminals or even terrorists. They were left unprotected against natural phenomena and catastrophes. They were treated with disrespect, discriminated and attacked by the party that claimed to be the “people’s party”. Last but not least, came the assault against the country’s national heritage, identity and pride. The signing of the Prespa agreement was the cherry on top of a cake full of shame for the country’s national identity as well as democracy in general.

However, one could argue that the biggest price paid was the damage caused to the society’s very own fundamental value system and code of conduct. It was the absolute humiliation of any and all democratic institutions, the disrespect and total audacity, the shameful corruption that this government introduced as people’s new reality. It was the attempt to create classes among the society members, turn people against each other for their views, financial and professional position, divide and conquer. Fundamental notions such as justice, freedom of expression, social cohesion lost their meaning, they became relative dependent on a one political party’s circumstantial interpretations and mood. Meritocracy was not just absent, it had to be avoided. Same for independency of authorities, equality. A rhetoric of hatred, fake news and persecution of political opponents was introduced in the political life of a European Union member state.

After 4 years, on May 26th Greek people’s message to a “deaf” and insulting government was loud: no more! Alexis Tsipras’s Syriza party suffered a devastating defeat – not a strategic one as some party members would like to name it- of 9.3% difference. The for long time denied loss of popular mandate, was now more than just evident. Under the pressure of the wide and now no more debated popular reprobation, Alexis Tsipras declared snap elections to be held in July, something that is a first for the country’s modern political culture.

The results of May 26th  European, regional and local elections though, were more than positive for one more reason: apart from the victory that they signified for Nea Dimokratia and our center-right, conservative values as they are enclosed to the party’s political program and reforms plan, they marked the beginning of a new chapter for Greece. More precisely, they indicated the end of an era of absolute, shameless populism. Each and almost every political party, that jumped out during and due to the deep crisis years in Greece, gaining power with a populistic, anti-austerity, anti-European rhetoric of unrealistic promises and arguments, suffered a significant loss of power. One of the most characteristic example, is the one of Golden Dawn, the far-right fascist party, which got just 4.88%, coming 5th in rank, while in the last national elections Golden Dawn was the 3rd largest political party in the Greek Parliament.

Altogether, the results of the previous month’s elections held in Greece, indicated that the public finally came to reject populism and all its arguments. Out of the crisis and through the severe consequences that the Greek people had to suffer, it seems that popular opinion was this time more mature. Completely abandoned empty promises and loud words, the Greek people chose rationality and a modern plan of reforms and structural changes to be introduced in order to bring the country back in track. They chose a different moral, the one of hard work and meritocracy. Characteristically, Kyriakos Mitsotakis has already announced that under his leadership the next Greek Parliament will not pause their work during summer, so that the first reforms could be introduced already in September. Ahead of the snap elections of July 7th, Nea Dimokratia could have not expected a more positive feedback, to continue in the same direction, with even greater confidence. People were more than clear with their vote: they want changes, they do not want a state that oppresses its citizens, but supports them. They- or better, we- want a society based on meritocracy and freedom, not one based on someone’s political party previous service. We want those who work hard, to be rewarded and not punished for their services. We want to be able to live, work, create our families in our country, not being forced to leave it in order to make a living of our own. All these are ideas, that populists (and the left, as a by its nature populistic ideology) not just fail to provide, but are in principle against them. Our greek reality of the last 4 years was the necessary- yet totally to be avoided in the future- price that had to be paid in order to destroy everyone’s doubts. It is an example that should serve as such for every other state, and especially our European common family. Never again.