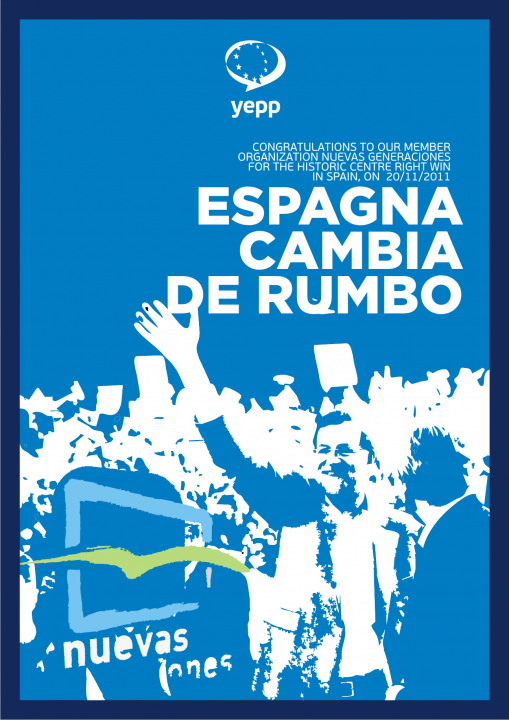 The past 20th November a huge majority of the Spanish decided to finish with the socialist government and granted absolute confidence in the party led by Mariano Rajoy. With a 44.62% of votes the PP has now the responsibility to carry out all the necessary reforms to Spain to leave the crisis and begin a new phase of economic recovery and job growth.

Unfortunately, the young people has been the most affected by the socialist politics, with almost 45% of youth unemployment. Due to that fact, they have been extremely participative in this campaign, which has been reflected in social networks, as Facebook and Twitter. Nuevas Generaciones, the youth organization of PP, has developed an online campaign which have been followed by millions of young people.

We hope that  the Partido Popular’s victory will be the beginning of the change for Spain.