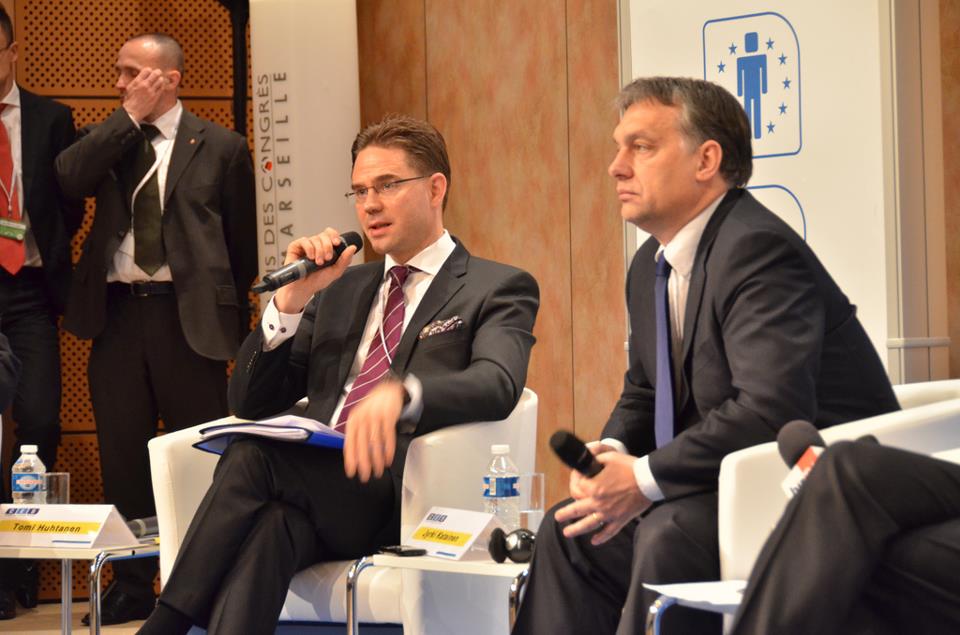 Centre of European Studies (CES), organised a panel discussion on the future of the Euro in the EPP Congress in Marseilles. Prime Minister of Finland, former YouthEPP board member, Jyrki Katainen and Prime Minister of Hungary Viktor Orban were both talking about the importance of saving the Euro and solidarity. As the representative of the YouthEPP I had to ask a question about intergenerational justice and the then upcoming European Council meeting. Since I’m studying in the UK, and as you all must know, the UK has imposed some heavy austerity measures, and rightly so bearing in mind that their deficit was close to Greece’s deficit, well over 10%. Large budget cuts were imposed on all Government Departments, usually between 10-20% but the cuts on Higher Education were quite considerably higher, around 40%. This led to the fact that, tuition fees in British Universities will go up from the current £3400 up to £9000 in the autumn of 2012. When solidarity is mentioned, we should not only think about solidarity between citizens or people within the EU but solidarity and justice between generations.
It is easy to put extra burden on the upcoming generations because children do not understand and young people, at least before the crisis which started in 2008, did not care. There are now signs that young people are getting interested in politics again, about the time I would say. PM Orban, emphasised that young people have to get up and look after their rights because no-one will do it for us. He urged the youth to vote, to join parties and enter politics and that is exactly what we should do but not only should we vote, we should also have more candidates who are young and who understand our concerns and needs! I urge participants of YouthEPP and members of our Member Organisations to run in future elections to talk about the serious issues concerning our generation; accumulation of debt, extremely high youth unemployment and heavy cuts on Higher Education.
We have to make politicians to stop accumulating debt because we are going to be the ones paying it, we have to make politicians concentrate on youth unemployment because we need jobs and we need to protect Higher Education in Europe since that is one of the sources of our wealth!