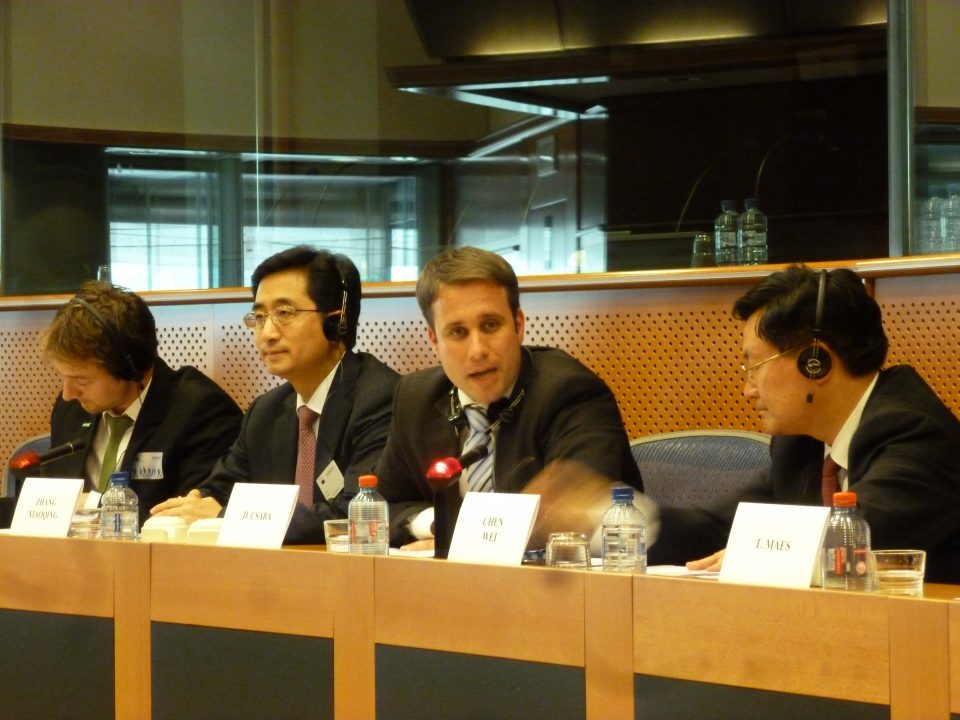 Some days ago, we took part in the EU – China young leaders forum in the European Parliament. Following the first meeting last year, it proved to be another round of good discussions.
In my intervention on behalf of YEPP I touched on four basic issues that could be the focus of the EU – China youth dialogue in the future. The first is economic stability and the fight against debts. Why? Because if Europe is struggling with an unprecedented level of indebtedness, that is bad news for China as well. Their economies are largely interconnected, therefore any economic hardships in Europe endanger the export prospects of Chinese companies (The fact that the EU is now the biggest export market for China, proves this assumption).
The second point to be discussed is demography. No lasting economic reboot is feasible without bearing in mind family policy aspects. Both in China and Europe, the population is ageing, which has serious consequences on social security systems. With no profound changes in demography trends, Europe will face difficulties to defend its more-or-less generous welfare system, while China will face difficulties to enhance welfare to the great majority of its vast population.
I also raised the issue of youth unemployment, citing the shocking fact: one in four young people is unemployed in Europe. Due to the different nature of its economic system, the Chinese situation seems better now. However, any economic slowdown in the East might entail serious consequences for the youth in the labor market there as well.
Beyond economic and social aspects I underlined the importance of exchange programs. These are crucial, since the overall level of knowledge about each other’s language, culture and history is more than poor. The strengthening of exchange programs must apply to university quotas, vocational trainings and also volunteer activities. The number of 70.000 young Europeans gaining education experience in China per year simply does not match the significance of EU-China relations.
YEPP should seek all opportunities to have a better understanding of Chinese motives, while not losing sight of the human rights aspects. Yet another reason, that the EU-China youth dialogue be permanent.