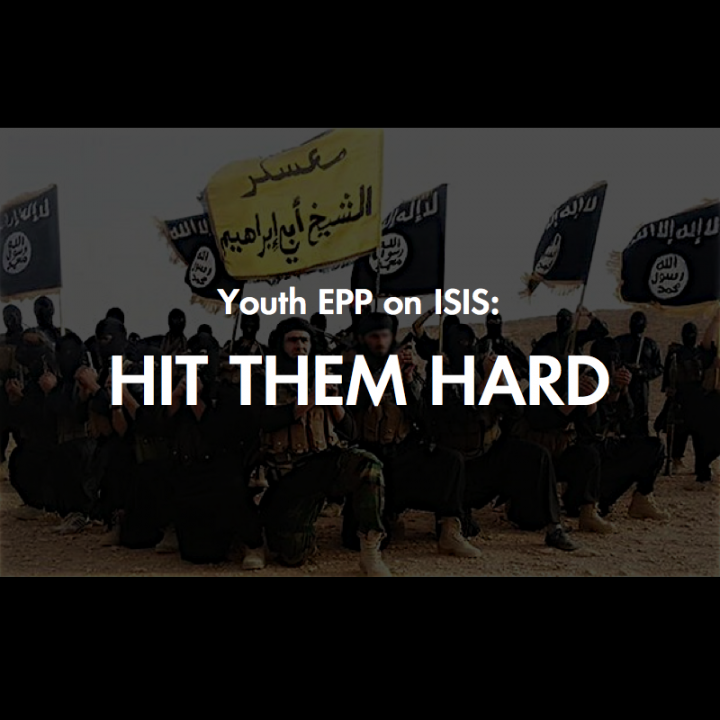 We can no longer sit and watch the jihadist terrorist organisation known as the Islamic State of Iraq and Syria (ISIS) continue its atrocities on the human race in Iraq and Syria. While the world is waiting, ISIS is consolidating power, while collecting billions of dollars of oil revenue and using them to launch terror attacks in the Middle East and beyond.

In a region where millions of Iraqi Christians have lived uninterruptedly for over 1700 years, today they amount to roughly 300,000 while their lives have become hell for expressing their faith in christianity.

While we watch our policies of political and diplomatic intervention fail, the jihadist organisation is terrorising Iraqi, Syrian and international citizens. We will not be intimidated by barbarism, in order to restore order and democracy in these troubled lands, the rule of law needs to be implemented and the Islamic sects eliminated.

Our values dictate us to help the oppressed and stop the crimes against humanity which are taking place at a neighbouring territory to Europe. Terrorists in Iraq were stopped before, but not destroyed, allowing them to re-establish themselves in a stronger and more brutal organisation.

We call on all NATO members to join the United States and coordinate a strategic offensive that will once and for all eliminate the terrorist organisation and help build a functional, democratic system that will serve the citizens of these lands.

We call on all EU Member States to increase security measures at all points of entry for returning citizens from these countries in order to prevent potential terrorist attacks.

We call on all EU Member States to share intelligence information so as to counter potential terrorist threats on European territory.

YEPP’s stance is firm and clear; our generation demands zero tolerance to terrorists.