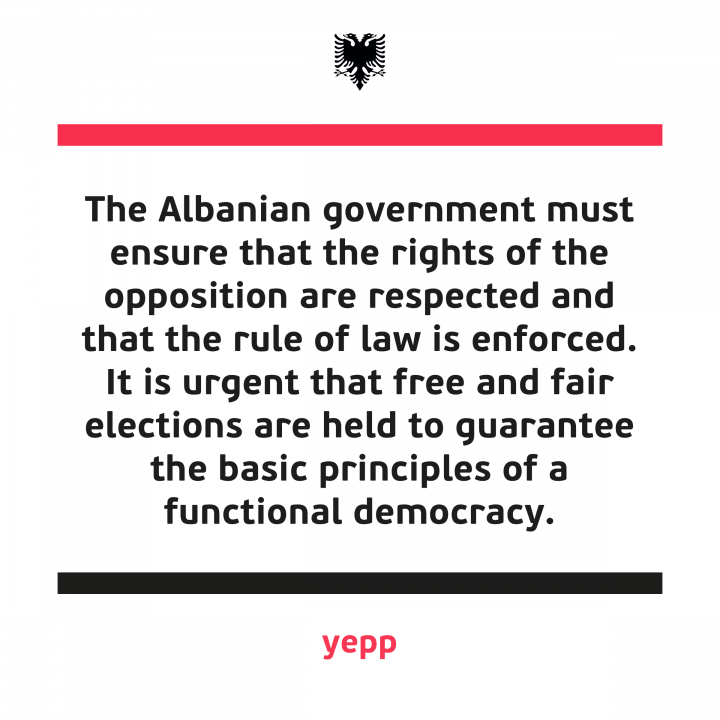 Albania is today living in momentous, unprecedented times in its history. The united Albanian opposition decided to withdraw their MP mandates due to recordings published by the Voice of America. These recordings proved the calls and accusations that the Democratic Party had been making for a number of years. They revealed concrete recorded proof that the Mayor of Durres, Albania’s second largest city, Vangjush Dako, directly collaborated during the 2017 elections with one of the most powerful criminal families in the city, in order to secure votes for the incumbent socialist party.
These same recordings led to strong indications that Damian Gjiknuri, former minister of infrastructure, and Edi Rama, the current Prime Minister of Albania, have directly contacted and collaborated with convicted criminals, that have a strong influence in their respective local communities. This inevitably led to further intimidation of voters, who were faced with a plethora of threats if they did not abide.
The socialist Prime Minister of Albania has refused to accept these facts, and has labeled VOA, a reputable media organization based in the United States, as ‘trash’. The Prime Minister has furthermore barred prosecutors from any further investigation of these politicians where there is no existing investigation open. This is in spite of the undeniable evidence against his closest collaborators.
Albania is a member of OSCE and NATO, international institutions which require a solid, democratic government in their member states in order to not endanger their own democracy and legitimacy. The OSCE itself, following the 2017 elections, confirmed there were severe irregularities regarding voter intimidation and bribery, undermining the democratic process of our Republic. 20 percent of voters admitted they had been offered money in exchange for their vote.
Albania is hoping to open accession talks with the European Union in June 2019, however, representatives from the European People’s Party, have confirmed that unfortunately, this is unlikely to happen, unless there’s drastic change between now and then.
Albanian citizens are today being forced to endure a regime which denies them their basic constitutional rights – a regime which is continuously suppressing and undermining the media, and freedom of speech. This political system sees the leader and his closest allies as unaccountable under the law.
YEPP supports Albania and is issuing this statement because this government needs to be held accountable for the sake of Albanian people, but also for the sake of the Western Balkan region as well. Careful observation for the rule of law and the rights of the opposition, as well as the tackling of organized crime, is needed. This has also been noted by EPP president Joseph Daul.
Ensuring the rights of the opposition, enforcing the law regarding corruption, and full implementation of democratic law will legitimize the country’s democracy. For its desired European future to come to fruition, Albania needs to urgently ensure free and fair elections, which guarantee the basic principles of a functional democracy.