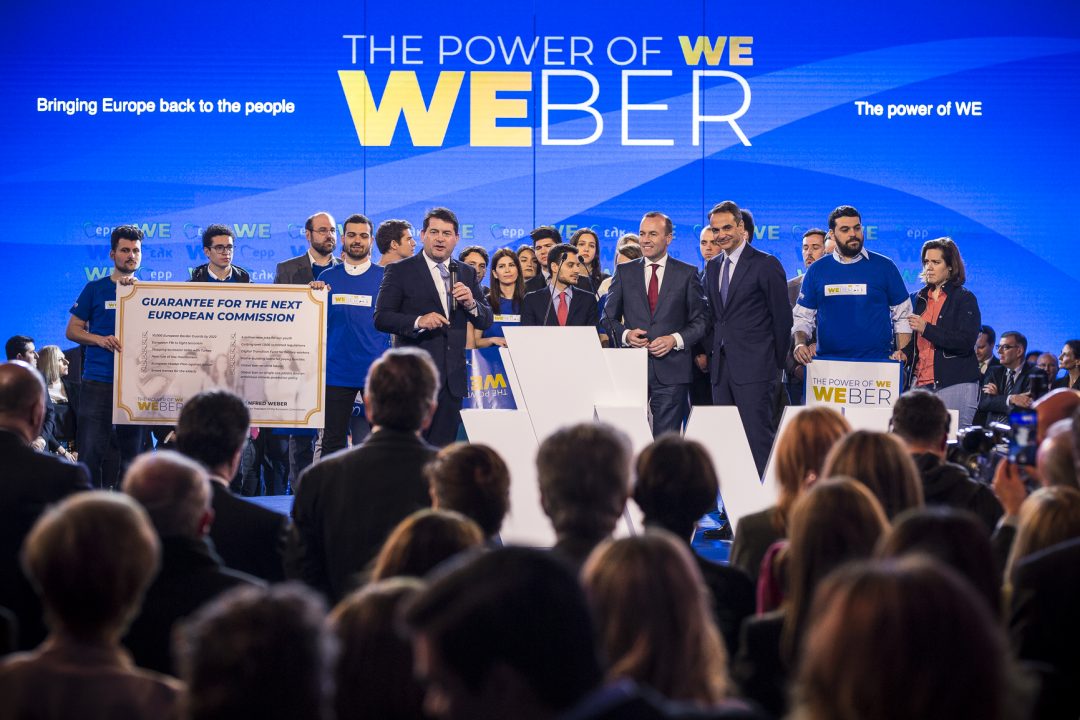 Athens, Greece  – This week, the Youth of the European People’s Party and the YouthEPP candidates for the European elections were in Athens, to support EPP Spitzenkandidat Manfred Weber and the official launch of his campaign programme. On this occasion, Manfred Weber introduced 12 key priorities for the next five years as President of the European Commission under the main themes: building a Europe that is strong, smart and kind.

Earlier that day, YEPP visited Floga Guesthouse; a local NGO founded by parents of children with cancer which provides housing for children and their parents who come to Athens for cancer treatment. Floga is an active and successful charity based NGO which is run by Greek volunteers. Their main focus is to help families in specific areas and to fill the gaps in the treatment services provided by the public sector. Families and children of Floga hope to see more cooperation and knowledge sharing between European hospitals and research institutions in the fight against cancer.

Lidia Pereira, YEPP President, said: ‘’Floga is a perfect example of what Europe can do when united. We don’t want to just admire them but to learn from them and work with them in our common aim to find a cure for cancer.’’

Curing cancer and establishing a European Masterplan for cancer is one of the twelve pledges Manfred Weber made during the campaign kick off event. He stressed that more than 40% of all Europeans will have to face cancer at some point in their lives and that by coming together to prevent and treat cancer, our joint efforts can save thousands of lives.

Weber continued by pledging to make Europe STRONGER by strengthening the European Border and Coast Guard and by making Europol the new FBI of Europe. “Only together can we put a definite stop to the cynical business of smugglers and human traffickers, fight illegal migration and help those people in need,’’ he said.

On SMARTER Europe, Weber pledged to work for a Europe which takes care of the elderly and creates jobs for the youth. He stressed that Europe must work for its citizens and in the process of making it more efficient and accessible, he will cut over 1,000 outdated regulations.

Weber’s KIND Europe promises to protect its citizens by ensuring that no one is left behind. A kind Europe will ensure that young families can have their own houses by introducing new home-building loans. Weber pledged to work to end child labour on a global level, to fight against climate change and set a global ban on single-use plastic.

President of YEPP, Lidia Pereira, who joined Weber on the stage when he signed the twelve pledges said: ‘’Europe is at a crucial stage and we need strong, determined leaders who understand Europe and its people. Manfred made 12 ambitious pledges today and I believe that by working hard together we can achieve all of them. We are happy to see that his priorities go alongside those outlined in YEPP Manifesto, including job creation to fight youth unemployment and doing more when it comes to environmental issues and climate change.”