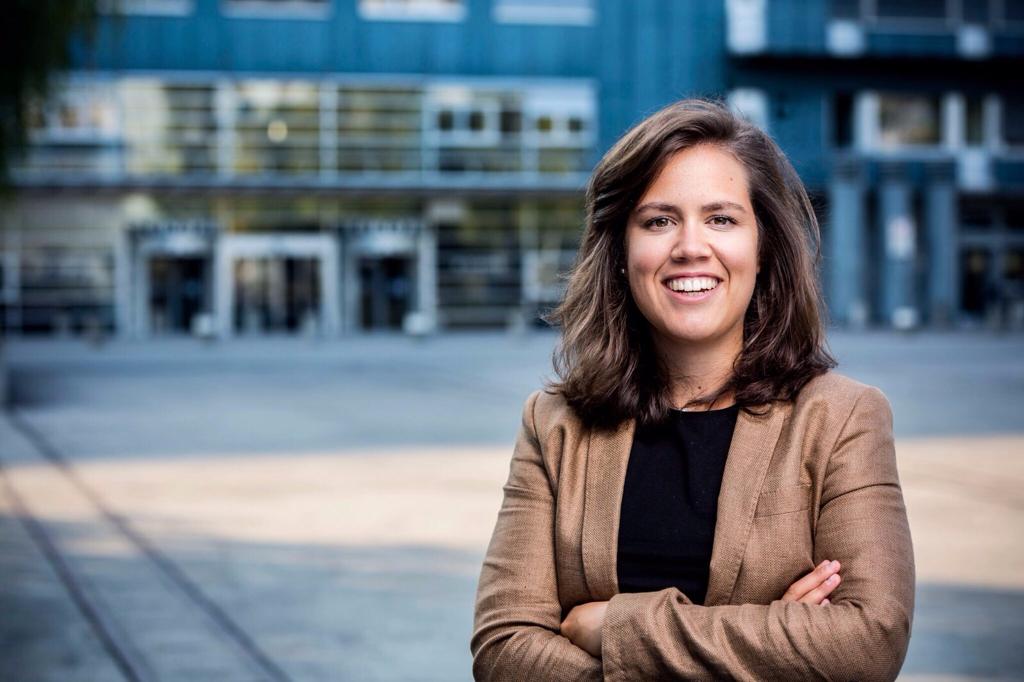 Portugal – YEPP President, Lidia Pereira (27), has been announced as a candidate for the European Elections. As the second candidate in the Partido Social Democrata (PSD) list, she stands a very promising chance of being elected. Lidia was previously nominated as the youth lead candidate by JSD, the youth branch of PSD.

Following her nomination, Pereira said: “I am pleased and honoured to have been nominated as a candidate for this election. I am also very grateful to PSD and President Rio for his openness to the youth which demonstrates the importance of our role and generation for the future of Europe.”

Born and raised in Coimbra (Portugal), Pereira has a degree in Economics from the University of Coimbra and a Master degree in European Economic Studies from the College of Europe in Bruges (Belgium). Following a traineeship at the European Investment Bank, she worked as a consultant in the financial sector for two of the Big Four.

Pereira started off her political career as a member of JSD branch in Coimbra and later served as a Vice-President and International Secretary of the National Board. In 2017, Pereira was elected YEPP Vice-President. In November 2018, she became the first female President of YEPP.

Pereira wants to place issues affecting young people at the centre of the European political agenda. Specifically, if elected as a Member of the European Parliament, she wants to focus on developing educational curricula that match the needs of tomorrow’s labour market.

“Digitalization and automation are changing the labour market and it is vital that young people are prepared for the jobs of tomorrow. Education promotes social mobility and generates opportunities and only by having highly educated Europeans we are able to address the challenges brought by globalization,” says Pereira.

Further, Pereira is passionate about developing the scope of the Erasmus programme, something which derives from her personal experience. “I want to make sure that all young Europeans are afforded the opportunity to discover the diversity of Europe,” says Pereira.

Speaking on behalf of YEPP, Eileen Lynch, YEPP Secretary-General, said: “I am delighted that Lídia has been given this great opportunity. She is an outspoken voice for young Europeans and would undoubtedly make for a superb MEP, should she be elected. This is the first time that a YEPP President has been placed in such an electable position on the European Parliament lists and highlights both the real change that young people can achieve and the need for young people to participate in politics.”

About YEPP
The Youth European People’s Party is the largest political youth organization in Europe. It brings together over 1,6 million young people from 63 center-right youth political organizations from 40 European countries. YEPP was founded in 1997.
For further information and/or media contact please contact Ms. Monika Kalkusova at kalkusova@youthepp.eu or +32 468 17 16 40.