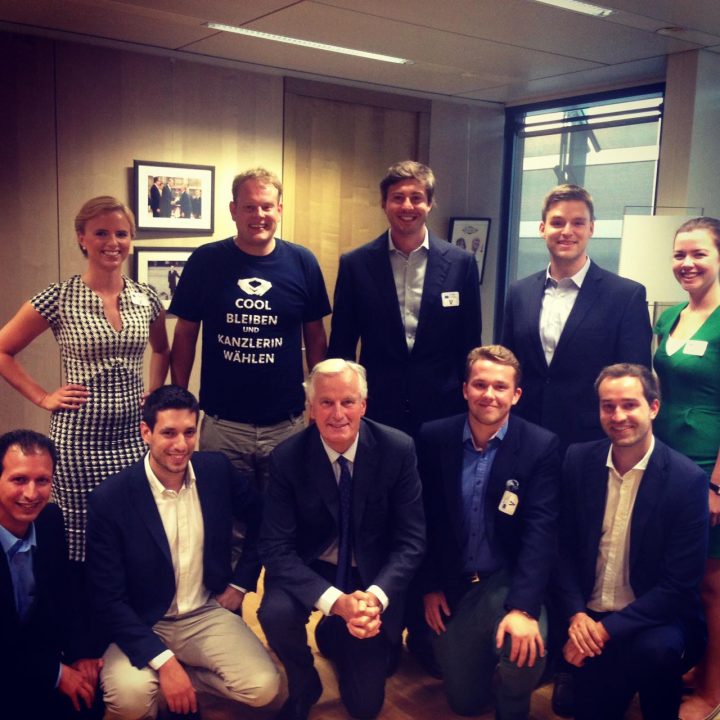 YEPP delegates met Michel Barnier, Commissioner for the Internal Market and Services, on Tuseday 2nd of September in Brussels to discuss and exchange ideas. Commissioner Barnier has been an early supporter of the “Jobs Creation” campaign and was updated on its progress and the next steps; namely the plan to take it to national parliaments throughout the continent.

Further to the 3-step plan, the Commissioner was presented with the “Citizens First” campaign and fully supported YEPP’s proposals for fighting bureaucracy in our Union. The young delegates took the opportunity to present also the overall programme of YEPP; particularly considering the European Elections. Mr. Barnier followed by updating the YEPP delegates on his tenure, the accomplishments of his cabinet and the further steps that need to be taken to strengthen the internal market. After a fruitful exchange of ideas and proposals from both sides, the Commissioner reconfirmed his commitment on standing with the youth and promoting our policies.