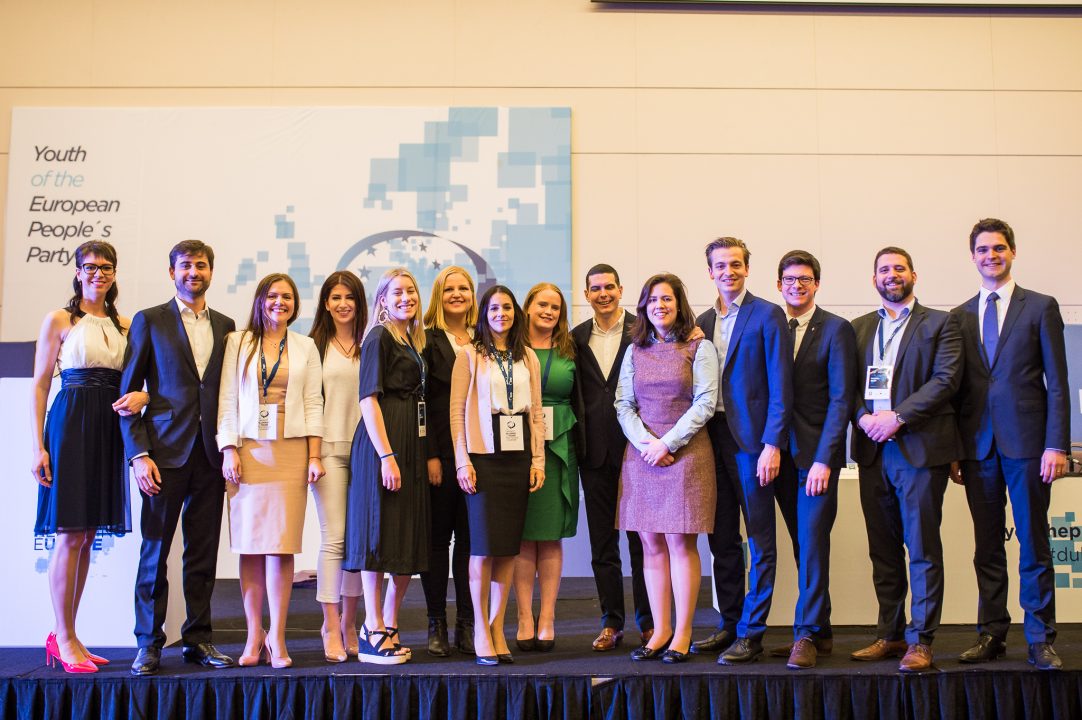 We announce the election of our new board, voted by 250 delegates at our bi-annual congress held in Dubrovnik, Croatia on the 29th of April.
Andrianos Giannou of TNL, Romania, is the new president of the Youth of the European People’s Party, the largest political youth organisation in Europe.
With Europe standing in the middle of an unprecedented poly-crisis, the new board will have to answer to young people’s most fundamental concerns:
The future of Industry
The future of Labour
The future of Human Mobility
But beyond these basic questions, YEPP will also seek the solution to an even more puzzling political challenge:
The Future of Europe.
In Giannou’s words, “We have to listen. We have to create. We have to explain. And we must deliver.”

The new board is as follows:
President:
Andrianos GIANNOU (TNL, Romania)

We are very grateful to the outgoing board and particularly YEPP’s president for the last four years, Konstantinos Kyranakis, who, through his unique passion and talent grew the organisation to new, unprecedented heights.