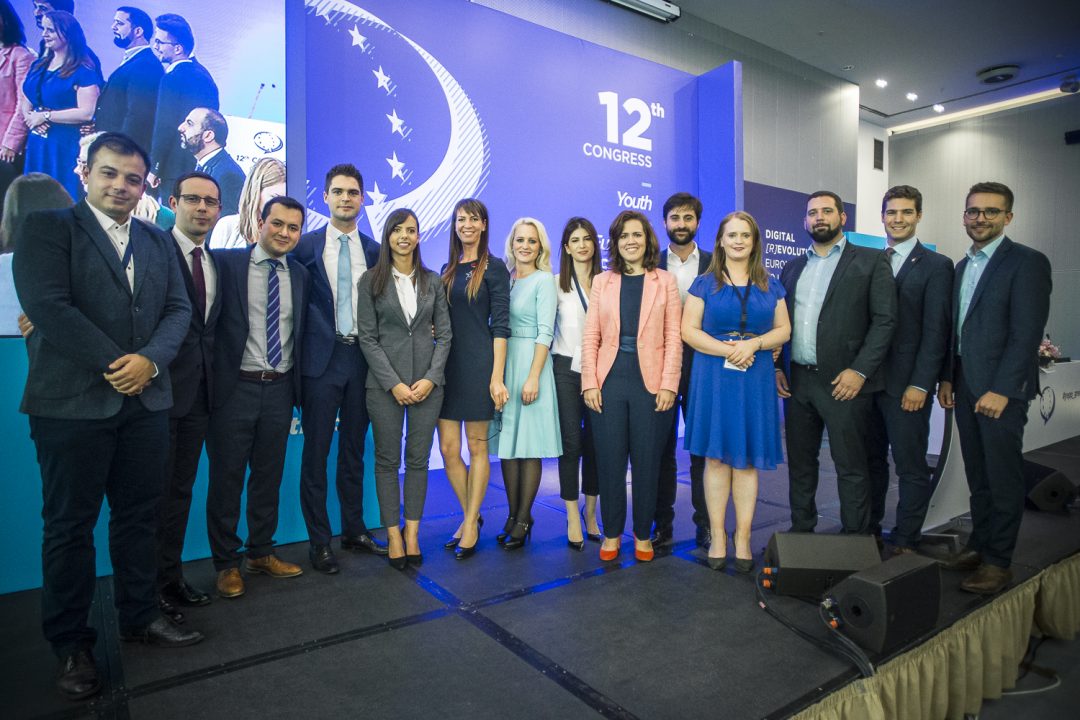 We are excited to announce the election of our new board, as voted for by 175 delegates from 33 countries, at our Congress held in Athens, Greece on the 3rd of November.
Ana Lidia Pereira of JSD, Portugal, was elected the new President of the Youth of the European People’s Party, the largest political youth organisation in Europe. She is the first female president of the organisation.
As Europe faces the 2019 European election, the new YEPP leadership will have to come up with a determined outlook and vision for the future. As we progress in an ever-changing Europe, YEPP intends to provide a strong representative youth voice and focus on the following projects:
The Digital Revolution
The question of a more sustainable Europe
The future of Farming
The future of Work

In Pereira’s words, “We are facing tremendous challenges but also creating new opportunities. I want to be part of a generation that is ready to embrace the Revolution 4.0 and the jobs of tomorrow.”
Delegates were also addressed by the two EPP candidates for the President of the European Commission, Manfred Weber and Alex Stubb ahead of the EPP selection of the Spitzenkandidat later this week at the EPP Congress in Helsinki. Weber and Stubb outlined their vision for Europe and how we should face the challenges ahead.
EPP Campaign Director, and EPP Vice-President, Dara Murphy said “A strong co-operation between YEPP and the EPP has never been more essential than for the next European elections in May. We are ambitious for our continent.”


About YEPP
The Youth European People’s Party is the largest political youth organisation in Europe. It brings together over 1,6 million young people from 64 centre-right youth political organisations from 40 European countries. YEPP was founded in 1997.