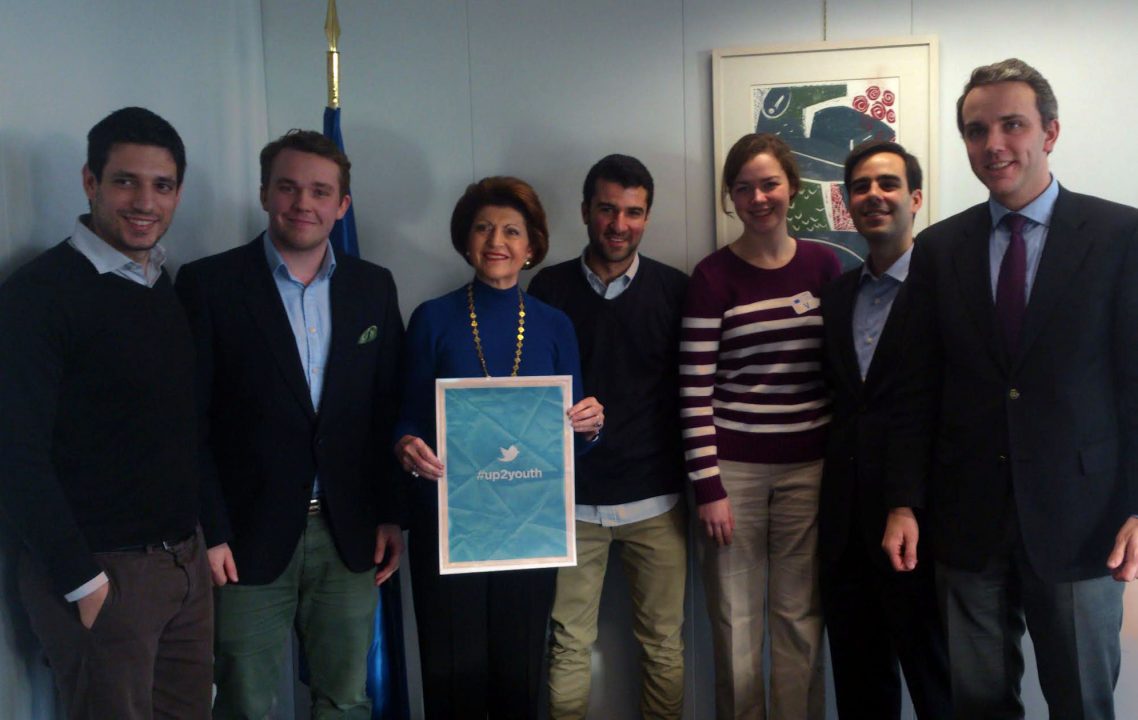 On Monday 13th January, a YEPP delegation of 6 met with Commissioner for Education and Youth, Mrs. Androula Vassiliou.

The YEPP team presented to the Commissioner the Job Creation plan, emphasizing on the proposal for skill-based education. The Commissioner complemented YEPP on the work, ellaborated on how her cabinet is working to promote these issues and provided valuable input on the next steps for the campaign. The YEPP Scholarship, our members’ initiative to fundraise for a European student to realise their dream of attaining higher education, was also discussed. Furthermore, the ‘Citizens First’  campaign was presented, explaining how a team of young politicians from YEPP’s family are looking for solutions to bringing the Union closer to the citizens.

YEPP had the opportunity to introduce the ‘Up2Youth’ campaign to the Commissioner, who welcomed the efforts of YEPP in increasing youth participation in the European civil society and expressed the wish that the institutions embrace even more young Europeans in the future.

The Commissioner took the opportunity to provide a brief overview of her work on the youth, taking time to listen to YEPP’s view on the policies and initiatives put forward. After a fruitful exchange of ideas, both the Commissioner and YEPP set the foundations for a more succesful cooperation for representing the young people of Europe.