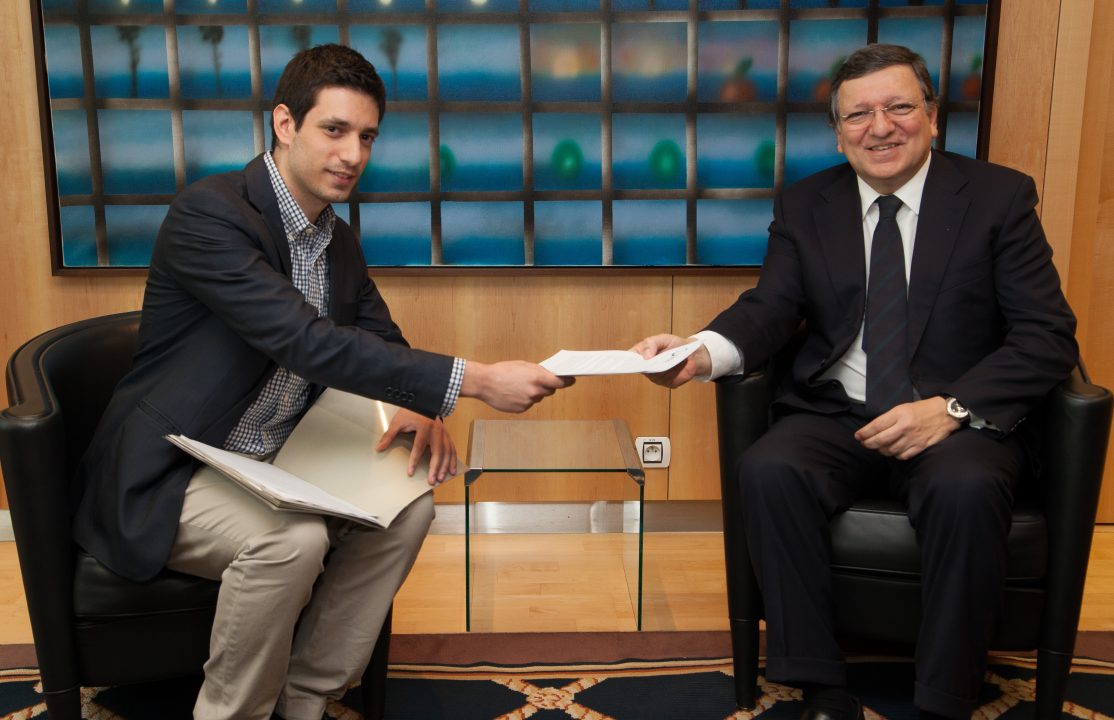 José Manuel Barroso, on the right, receiving a document

On Thursday, 27th June 2013, the Council of the European Union met in Brussels to focus on youth unemployment and growth. This past month, in view of the council, the Youth of the European People’s Party (YEPP) has been running an intensive campaign promoting a 3-step plan for creating jobs for the young Europeans. YEPP’s plan outlined 3 basic proposals on tax breaks, skill-based education and entrepreneurship investment and can be found here. By identifying that current plans and “guarantees” do not encourage the creation of jobs, YEPP raised the voice of millions of jobless young Europeans who want to rely on their skills not on social programs.

Our tireless campaign brought results as proven by the inclusion of some of our proposals in the official conclusions of the Council. As described in page 4 of the document, «the European Council recalled the importance of shifting taxation away from labor, including by reducing social contributions, as appropriate, as a means of increasing employability and boosting job creation and competitiveness.» The Council also agreed to prioritise lending for small and medium enterprises (SMEs), as they are the backbone of Europe’s economy.

As described in page 5 of the official text «this is particularly important in countries with high youth unemployment and where new investments are needed to promote growth and jobs. It is also important to promote entrepreneurship and self employment.» This Council agreed to launch a new «Investment Plan» which will support SMEs and boost the financing of the economy. In regards to education reform, the Council has decided to «address skills mismatches and promote apprenticeships and traineeships in key economic sectors, as well as entrepreneurship and start-ups», as can be found in page 4.

YEPP’s campaign ran on both a national and a European level. Two out of our 3 proposals have been adopted in a joint resolution by the European Parliament, and all 3 in the parliament’s Youth Report at the CULT Committee. Being supported by various statesmen, such as PM Jyrki Katainen, PM Antonis Samaras and T.Enda Kenny, as well as by Employment Ministers and members of national parliaments, YEPP’s plan reached decision-makers throughout the continent. The climax of the campaign was marked by the meeting between YEPP and Commission President Jose Manuel Barroso on Tuesday 25th June 2013. The team of YEPP representatives had the unique opportunity of describing the 3-step plan to President Barroso, in view of the critical European Council.
YEPP will continue the campaign in September by pressing national parliaments to adopt relevant legislation and by building a Europe-wide alliance of national MPs endorsing the 3-step plan.
Conclusions: http://www.consilium.europa.eu/uedocs/cms_data/docs/pressdata/en/ec/1376…