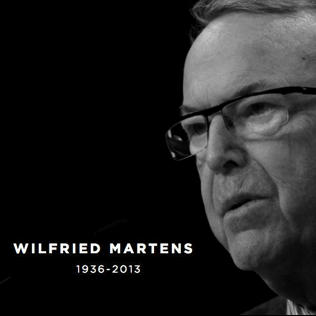 On behalf of the board and the members of the Youth of the European People’s Party (YEPP), we express our condolences to the family of Wilfried Martens and pay tribute to the great statesman of Belgium and Europe, and the president of our political family.
As a Prime Minister, Wilfried Martens served 9 successful terms that led to the establishment of a federal Belgium, largely due to his vigorous determination and inspiring vision. Under President Martens tireless leadership, the European People’s Party has grown into the largest and most influential group in the European Parliament, and the frontrunner driving force for European integration.
His commitment and support to the younger generations is evident in the trust he has shown to the Youth of EPP and to the youth of Europe. President Martens’ memory will remain in our hearts, and we proudly assume the responsibility of building on his legacy for a dynamic political family at the core of a united Europe.
The board of YouthEPP