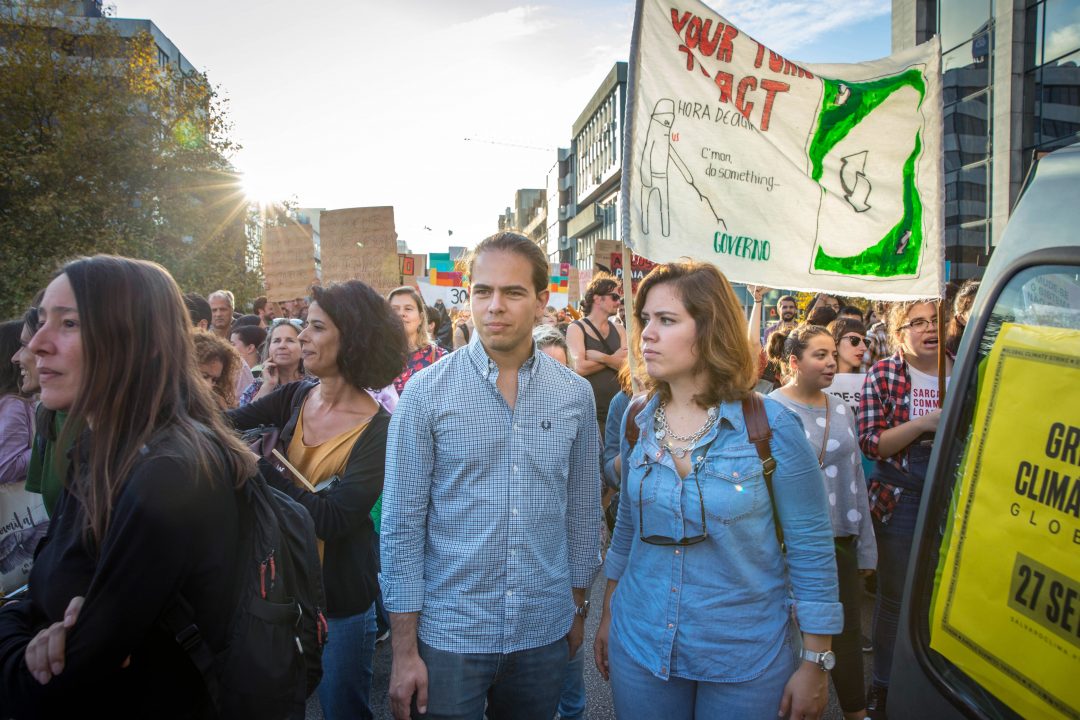 Porto, Portugal – Last Friday, Youth of the European People’s Party (YEPP) was in Porto to follow around one of PSD’s youngest candidates for their upcoming elections this Sunday. Hugo Carvalho (28), a candidate who is first on the PSD list in Porto for the national elections.

His first taste for politics was getting involved with his student union at university. There Hugo’s interest grew and furthered his involvement in a variety of committees and organizations particularly in the area of youth. Before being selected as a candidate for PSD, Hugo graduated with a master’s degree in Electrical and Computer Engineering from FEUP and has worked in the areas of innovation and technology as an international consultant. He has served as the Chairman of the National Youth Board since 2016 and previously as Secretary-General of the Commonwealth Youth Forum of Portuguese Language (FJCPLP).  Carvalho is also a member of the Economic and Social Council.

Over the two days we followed Hugo and his campaign team around Porto, it is safe to say he has an energetic and innovative campaign. What stands out about Carvalho’s campaigning strategy is how effortless he makes it seem with his charismatic and down to earth attitude. Carvalho and his team’s approach to canvassing is unique as they are using ways to connect with young people outside of social media. Carvalho is using business cards that list his WhatsApp number so that people can contact him with and queries or issues they may have. He also goes around in a larger group with his team handing out leaflets and cards to young people in the city’s more young and hip areas to hangout.

On Friday, we joined the Climate Change March with Hugo and Lidia Pereira MEP and President of YEPP, along with hundreds of students and young people, that took to the streets to participate in the global movement for raising awareness on environmental issues. Hugo stated that: “I’ve heard from young people asking for a more modern country, a stronger response to climate change and more investment.” He emphasised that there needs to be more funding for infrastructure in the country in order to retain talent.

He added: “Portugal needs to aim higher for future generations. We do not have to settle for low wages, low pensions and accept that so many of our qualified young professionals must leave this country.”

On our last day on the campaign trail with Hugo, we followed him and his team around the coastal part of the city. Along with the support of Paulo Rangel MEP and volunteers of all ages. We visited a perfumery to a local café for a quick bite and coffee. What was impressive was the engagement and positive feedback Hugo received during the canvass.

Carvalho concluded: “Young PSD candidates in Porto and around the country will help promote equal opportunities for everyone and to fight social exclusion over the next four years.”

We can have a better future; we must put Portugal first.