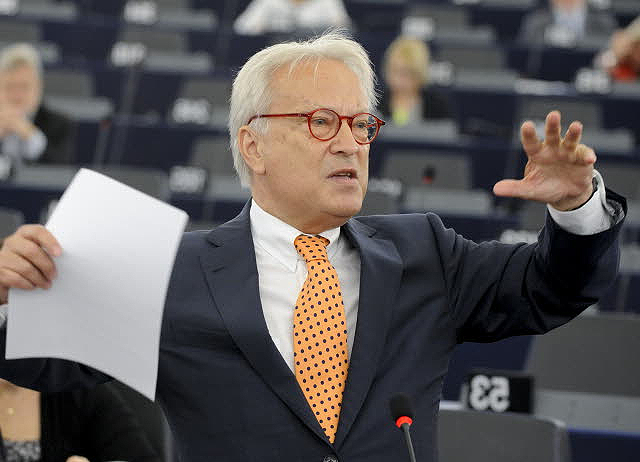 One week ago, YEPP sent a letter asking Hannes Swoboda, President of the Socialist Group in the European Parliament, to explain why his group denied the proposal made by the European People’s Party to add the political developments in Romania as a point in the agenda of the plenary. Here is his answer:

I wish to thank you for your letter informing me about the outcome of discussions held in the Council meeting of YEPP in Larnaca last week-end on the interinstitutional conflict unfolding in Romania.

I would deem it useful for any party youth, irrespective of political allegiance, to discuss and uphold the respect of fundamental rights and the rule of law in the EU, no matter what government is in office at the time concerns are raised.

Concerning the decision of my Group and of a majority of political Groups in the European Parliament to oppose the last minute request by EPP to debate the Romanian situation during the last part session, we believe that the European Commission, in its function of guardian of the EU Treaties, is the institution in charge to assess compliance with EU law and EU values in full independence and impartiality.

For this reason I wrote today to President Barroso to request a careful and swift assessment of the situation in Romania, covering the role of all institutional actors involved and all the actions – past and present – that led to today’s tensions.

I remain confident to find YEPP on our side each time concerns are voiced on alleged violations of fundamental rights in any Member state of the EU.