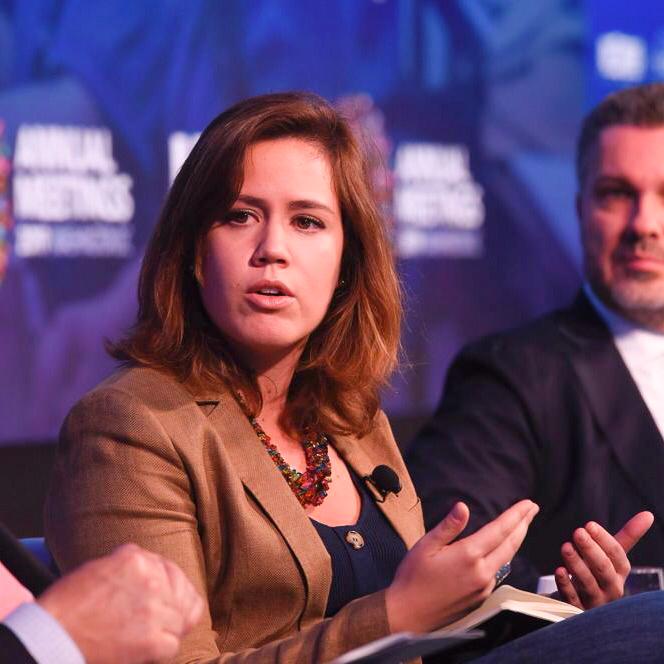 Washington D.C. – Last week, Lídia Pereira – President of YEPP and Member of the European Parliament participated in the 2019 Annual Meetings of the World Bank Group and the International Monetary Fund.

Ms Pereira, who is also the EPP Deputy Coordinator for Economic and Monetary Affairs, was invited as a speaker to the panel “Making the Case for Reform”, moderated by Martin Wolf, an economic affairs expert from the Financial Times.

During her speech, Lídia Pereira stated that “structural reforms are essential for boosting long-term growth” and stressed the importance of “preparing for the coming years through a social security reform, legislation that fosters environmentally sustainable trade and strengthening Research & Development, which is fundamental to the development of digital skills.”

Recent studies published by the IMF show that the adoption of structural reforms could contribute to a 7% growth over the next 6 years, causing positive impacts on employability.

The Annual Meeting of the WB Group and the IMF has been held since 1946, bringing together central bank governors, Finance Ministers, representatives from civil society and academia to discuss global economic perspectives, reforms and strategies for development.