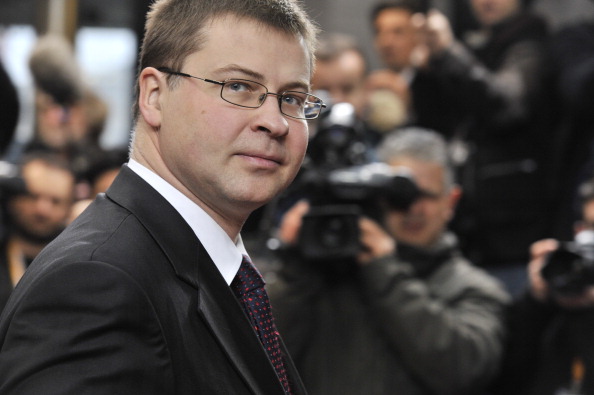 Latvia Prime Minister Valdis Dombrovskis arrives for the second of a two-day European Union summit on March 2, 2012 at the EU headquarters in Brussels. The summit gathering Union's chiefs of state focuses on talks on Syria and the signing of a new budgetary pact meant to curtail excessive public spending by member states. AFP PHOTO / GEORGES GOBET (Photo credit should read GEORGES GOBET/AFP/Getty Images)

YEPP expresses its condolences to the families and friends of the victims of the Maxima supermarket collapse in Riga last Thursday. Our thoughts are with their loved ones.

At the same time, it is our duty to commend on the decision of Prime Minister Valdis Dombrovskis, for his political integrity in taking full responsibility of this event and resigning. This decision will enable the next government to have full support of the parliament, in light of the tragic event.

We congratulate the Prime Minister on the commitment he has shown to his country throughout his term. When elected Prime Minister in 2009, he took over a state in crisis, at a time when nobody else would step up to this impossible task. Since assuming office, he has turned the Latvian economy around, and it is now the fastest growing economy in the European Union.

We thank the former Prime Minister for his service to Latvia and to the EU. We can all learn from the example shown by Valdis Dombrovskis.